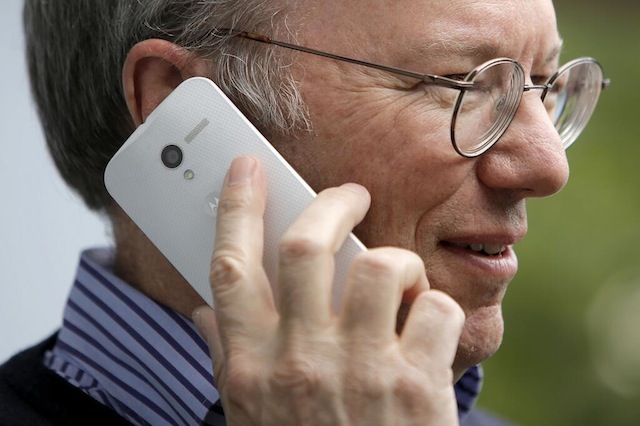 Google Chairman Eric Schmidt is at the Allen & Co. Sun Valley conference this week and he was reportedly spotted using what looked to be the still unannounced Motorola’s Moto X. Schmidt didn’t say anything about the mysterious device he was using, but didn’t seem shy about giving everyone a good look at him using it.

A number of photos have popped up online today that show Schmidt using the device, which features an interesting curved design and a carbon fiber backing. The images were posted on Twitter and a Reuters photographer also snapped Schmidt using the phone. While Google hasn’t actually announced the rumored Moto X yet, this mysterious phone could be definitely be it. And if Schmidt is already starting to show the device off, then it’s entirely possible that Google is getting ready to announce the device sooner rather than later.