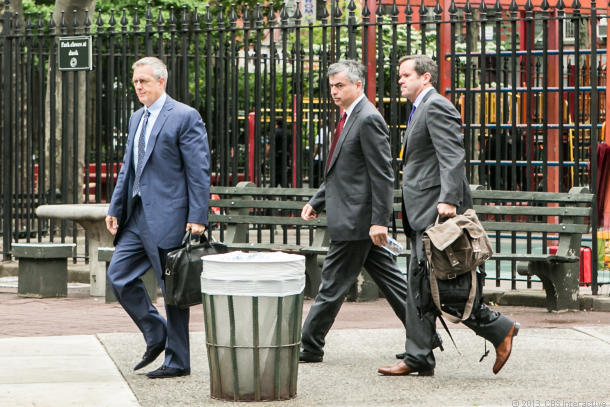 Yesterday, we told you about Apple’s ongoing trial against the U.S. Department of Justice, and that Eddy Cue was set to take the stand today. Well Cue was in court today in New York City to answer questions from the DOJ, and he has given some new interesting details to the case.

While Cue admitted in court today that Apple’s deal with book publishers did in fact raise ebook prices, he argues that Apple didn’t pressure publishers to force these prices upon the entire market. “They had expressed they wanted higher prices from us,” Cue said, referring to the book publishers. Cue states that Apple was simply trying to adopt a pricing scheme that it thought was more realistic and fair to publishers.

Cue’s credibility was called into question when DOJ attorney Lawrence Buterman had Cue reveal that Apple had at one point theorized a scheme that they would enact with Amazon. Before Apple ever entered the ebook market, Cue admits that him and Steve Jobs discussed the possibility of offering Amazon a deal where Apple would stay out of the ebook market if Amazon stayed out of the digital music market. While this deal was never realized, it calls into question whether Apple has been completely honest when it comes to its ebook strategy.

The DOJ argued that Apple didn’t care about its customers when it allegedly tried to raise the price of ebooks. To that, Cue responded, “Our consumers were protected by my price points. I thought we were going to treat our consumers very, very fairly.”

Testimonies in the trial will continue on Monday, while the trial is set to wrap up June 21st. It will certainly be interesting to see how this all plays out.