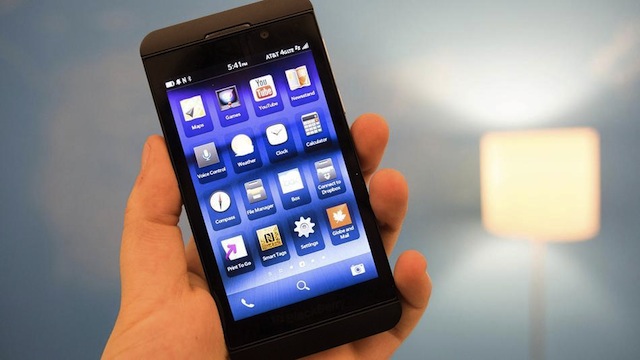 Sales of Blackberry’s new Blackberry Z10 are off to a “strong start” in the United Kingdom, according to checks performed by Jefferies & Company last week. In fact, analyst Peter Misek reported that a number of retailers across the U.K. are already out of stock.

According to Misek, the white model of the Blackberry Z10 has been more popular among consumers, seeing particularly strong early demand. “We believe Carphone Warehouse is seeing widespread sellouts while O2, Vodafone, Orange and EE are seeing robust demand,” he wrote. “We estimate sell-in to be at least several hundred thousand units. To put that in perspective, the iPhone had first weekend sales of more than 5 million in the U.S. The U.S. is five times larger so continued strong sales could bode very well for Blackberry.”

Misek also noted that he has found “a solid start” to pre-orders of the Blackberry 10 based phones in both Canada and the UAE.

Sale of the Blackberry 10 won’t start in the U.S. until March and the keyboard based Q10 won’t be available before April.

It’s a nice first step back into the playground for BlackBerry (previously RIM), but they’re going to have a hard time making it to the top of the jungle gym. The Z10 is a start though…