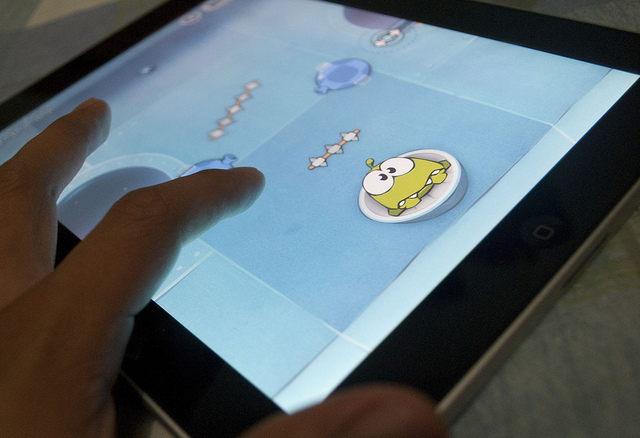 If you think about the big name games that have been around for a long time on iOS, there’s a good chance Cut The Rope will come to mind. The physics based puzzle game has been immensely popular since its 2010 release, having recently hit 400 million downloads, and now, a sequel has finally been confirmed.

Russian developer ZeptoLab gave scarce details for the upcoming Cut The Rope 2, which will be released sometime this holiday season.

The game will re-imagine the universe of Om Nom(R), the iconic star of Cut the Rope, with new twists on classic gameplay, never-before-seen characters, interactive environments and a captivating story that will appeal to new players and existing fans alike. Cut the Rope 2 will expand the ZeptoLab portfolio while delivering new candy-filled adventures, physics-based levels and charming characters to an audience as hungry as Cut the Rope’s beloved little green monster, Om Nom.

Not only has the original Cut The Rope hit 400 million downloads, but as of the first half of 2013, the game has 60 million active monthly users. Those are some insane numbers.

With that being said, there will certainly be some pressure on ZeptoLab to produce a competent sequel. It takes some talent to create a fun game that focuses solely on cutting rope.