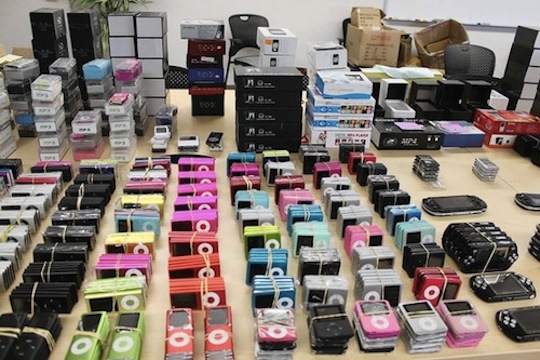 The funny thing is that the police think that these nanos were shipped into the US as replacement parts, and then reassembled in the US and sold as complete devices. If that’s the case, it’s going to make it difficult to stop others from doing the same, considering the parts could be legitimate replacement parts from factories or resellers.

Just remember, if you’re buying electronics online, or from someone reselling it, think long and hard about the device before you hand over the cash. It could be fake. If it’s too good to be true, you’re probably being taken to the cleaners.

Don’t be a sucker.