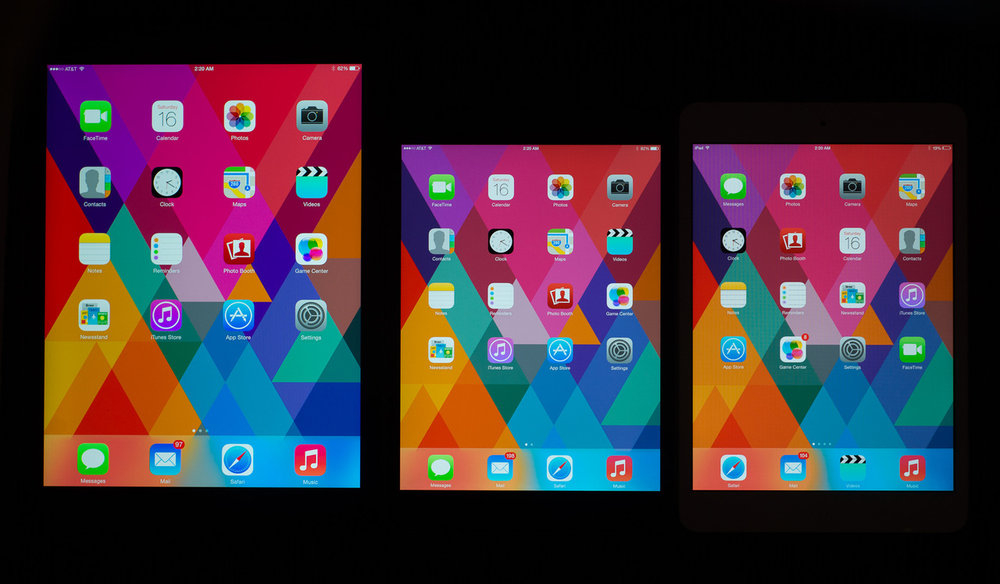 Now that the iPad mini with Retina has been out for a bit of time, we’re starting to see some extensive reviews come out for the new 7.9-inch tablet. AnandTech has posted another one of its popular reviews, and while overall the site really liked the mini with Retina, it found that the color gamut on the device was rather disappointing.

To give a simple explanation, a device’s color gamut is based on how accurately it can display specific colors the way they were meant to be shown. AnandTech has discovered that the color gamut on the iPad mini with Retina display remains the exact same as it did on the original iPad mini.

The Retina iPad mini was found to have a Delta-E of 6.5, while the new iPad Air was found to have one of 2.4. Anywhere below 2.0 is reportedly naked to the human eye, while anywhere below 4.0 is recommended for photographers and other professionals working with color. One of the iPad mini with Retina’s biggest competitors, the Nexus 7, comparatively has a Delta-E of 3.3.

If you examine the colors seen here on the iPad Air, the iPad mini with Retina, and the original iPad mini, it’s pretty easy to see the difference between them.

With all this being said, AnandTech concluded that overall it recommends the iPad mini with Retina display, and that its added portability make it arguably more appealing that the better looking iPad Air. If you want to read more in-depth on the pros and cons of the new iPad mini, check the full review here.