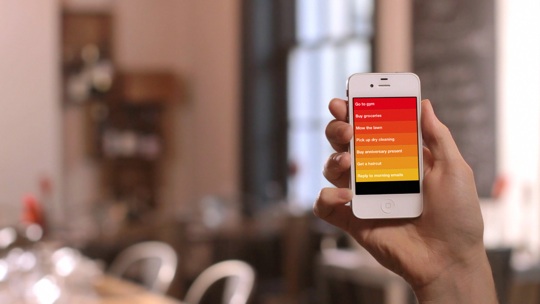 The folks at Realmac Software have pushed an update to its popular to-do app Clear. This update has been pushed to both iPhone and Mac users bringing them to version 1.2.2 and 1.0.1 respectively. The update is pretty minor, but it brings one much requested feature to the app: the ability to share lists via email.

On the iPhone, simply shake your device while viewing a list to email it. On the Mac, the email option resides in the Actions menu. When you receive a Clear list via email, you will be able to open it on the Clear app installed on your device, whether it be a Mac or an iPhone

Aside from email sharing, this update brings iCloud fixes to the Mac app and new themes to the iPhone app. In the change log, the Realmac Software team also made a sneaky announcement that Clear is on its way to iPad, making it available on all Apple devices. Realmac Software hasn’t yet given us a release window for the iPad app.

Clear is a simple to-do app for iOS and Mac. The app is completely gesture based and features a pristine user-interface. Due to this, the app doesn’t have as many features as other to-do apps like Reminders or Omnifocus. However, Clear is perfect for those who likes no-frills list making.