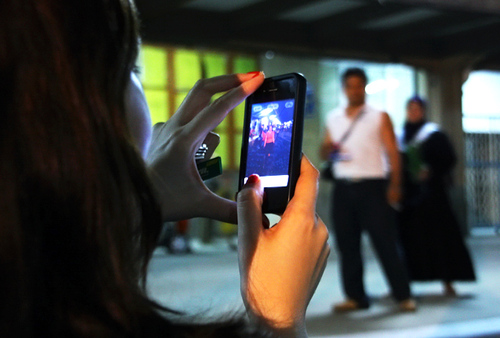 If you’re working as a photographer for a newspaper, watch out. You may find yourself having the iPhone steal your job.

Last Thursday, the Chicago Sun-Times announced that it was cutting its entire 28-person full-time photography staff as a means of cutting costs. The paper states that it made the decision because it believes that its fans would rather have more focus put into video content, so that is where the extra resources will be going. In a statement, the paper said:

“The Sun-Times business is changing rapidly and our audiences are consistently seeking more video content with their news. We have made great progress in meeting this demand and are focused on bolstering our reporting capabilities with video and other multimedia elements. The Chicago Sun-Times continues to evolve with our digitally savvy customers, and as a result, we have had to restructure the way we manage multimedia, including photography, across the network.”

As people wondered what the Sun-Times would now do about photos, the paper announced the following day that all of its editors would be receiving training on “iPhone photography basics.” The news was first reported on Chicago journalist Craig Newman’s Facebook page.

“Sun-Times reporters begin mandatory training today on ‘iPhone photography basics’ following elimination of the paper’s entire photography staff. ‘In the coming days and weeks, we’ll be working with all editorial employees to train and outfit you as much as possible to produce the content we need,’ managing editor Craig Newman tells staffers in a memo.”

While the iPhone is great at replacing a number of things, I think that the newspaper is going to suffer significantly from having it replace 28 full-time professional photographers. It will be interesting to see how many avid readers of the paper leave because of the decision.