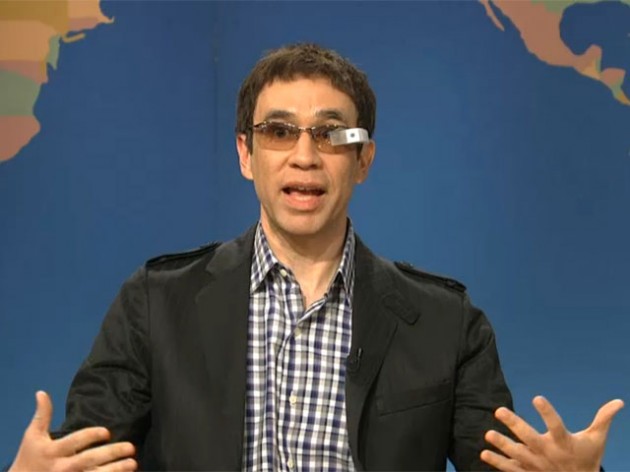 It was already going to be a hard sell to get the tech enthusiast to use Google Glass in public due to its slightly ridiculous nature, but now that mainstream media is making fun of it, Google has even more of an image problem.

To be fair, SNL greatly exaggerates problems such as reliability of voice commands and head gestures that make it seem like the device isn’t at all functional. These are likely the aspects of Glass that Google will end up getting right for the most part, while things such as its battery life and its public image are things that deserve to be made fun of.

When it comes close to the launch of Glass, Google will certainly have to make a significant advertising push to try and convince consumers that its device is in fact user friendly. Otherwise, the company may have a marketing disaster on its hands.

American users can watch the video in HD below on NBC. Other users can try the low-quality YouTube version below it, although expect it to be removed fairly soon by NBC.