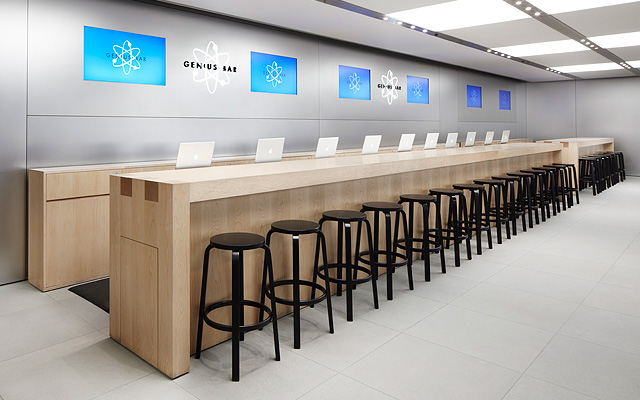 BMW, the German car-maker, is getting ready to commit to its full-on Apple Genius-inspired program by bringing its “BMW Genius Everywhere” program to all dealerships in the U.S. by early 2014.

BMW has been training employees to handle questions about vehicles on the showroom floor, fully equipped with iPads. The BMW “geniuses” will be able to answer questions and inform potential buyers about vehicles and features, but won’t actually sell the cars. This approach is like the Genius Bar feature seen in Apple retail stores, where Apple Geniuses answer questions and give free technical support. BMW Geniuses will be paid a salary rather than paid by commission.

The car maker is aiming to attract “smart car-savvy” college students who are able to work flexible hours in the dealership. Specific guidelines have not been set but every dealership will be required to have a Genius.

The BMW program will launch in Europe first, and come to the U.S. around the same time as the new i3 electric car comes to dealerships early next year.

Apple products, like the iPad, will be used to provide information, and BMW will also offer iPhone and iPad apps that will have vehicle overviews and feature explanations, as well as a BMW Assist call button inside every car, which will offer help from a real person.

BMW is shadowing Cadillac and Lexus, both of which have already implemented similar programs in their U.S. dealerships. Lexus has already trained 2,400 representatives in nine cities in the past four months.