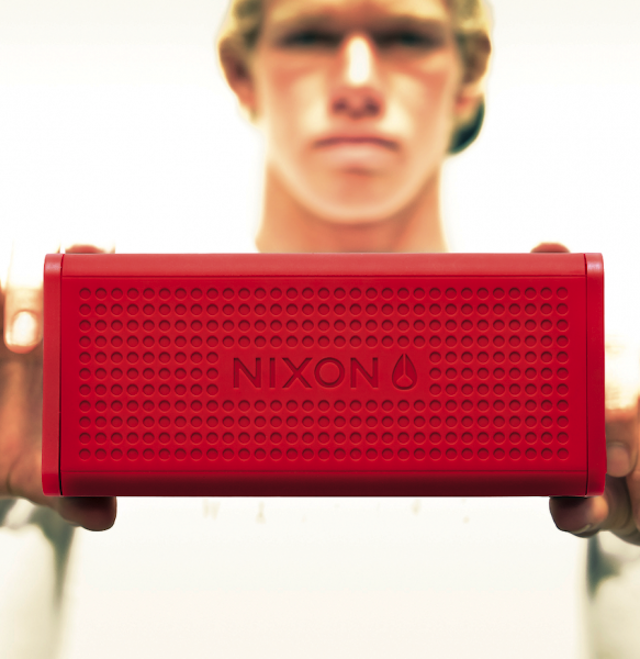 Nixon has just unveiled a new portable Bluetooth speaker that goes by the name The Blaster. This speaker is meant to be used on-the-go with Bluetooth-enabled smartphones and media players. The device sports a massive battery life of 18 hours, which should be more than enough to get you through a day of blasting your favorite tunes at the park, beach or hotel room.

The Blaster also features a stellar design. The device recently won an accessory award at the 2013 ISPO awards and features an all-in-one design. The speaker is really portable and looks very modern. The company also claims that the speaker offers a “virtually indestructible exterior”, which is a pretty bold statement to make.

Upon announcing the device, Nixon’s co-founder Chad DiNenna said the following on the product:

The Blaster is Nixon’s first experiment in the world of mobile audio beyond headphones. The company is known for its watches, which are heavily influenced by skateboarding and surfing culture. We should see The Blaster launch sometime in May.