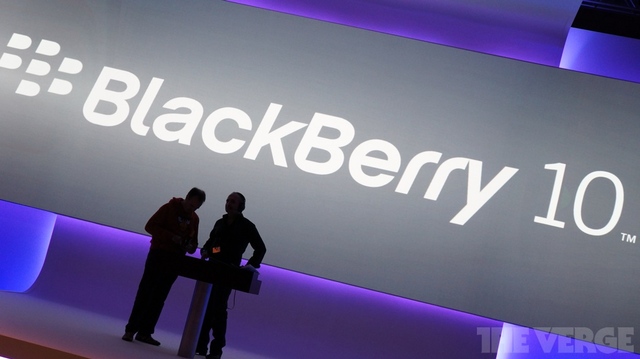 At today’s BlackBerry Live 2013 event, CEO Thorsten Heins made a couple of announcements regarding updated software and a brand new BlackBerry device.

Heins revealed that BlackBerry 10.1, an updated version to the operating system that shipped with the Q10, will start rolling out to Z10 users starting today. It’s a free update that will be rolling out with carrier partners over the next few weeks.

Some of the new BlackBerry 10.1 features include PIN to PIN messaging in the BlackBerry Hub, more customization options for notifications, fine cursor control, HDR photography, and a lot more that makes the BlackBerry 10 OS easy and “more improved.”

Heins said that most international carriers will be distributing the new update by the end of this week, while US carriers are expected to receive the updated software by the end of May. To download the new software, just wait for the alert in the notifications section of the BlackBerry Hub, or you can manually check for the software update in the settings menu.

During the event, Heins gave an update on the BlackBerry 10’s growing app catalog, which now includes more than 120,000 apps for the new OS that are available for download. Some of these include iHeartRadio, SoundHound, Bloomberg Hub, and Skype.

Heins also announced a new smartphone that is expected to launch this summer: the BlackBerry Q5, which also runs BlackBerry 10. The Q5 features a QWERTY keyboard and is designed for emerging markets. It has a 3.1-inch touchscreen on top of a physical keyboard and comes in red, white, black and pink. Starting in July, it’s expected to launch in parts of Europe, the Middle East, Africa, Asia, and Latin America. No price has yet been set for the new device.

The BlackBerry Q5 “is for youthful fans that are passionate, confident and bold, and it makes it easy for them to have fun, create, share and stay connected,” Heins explained.