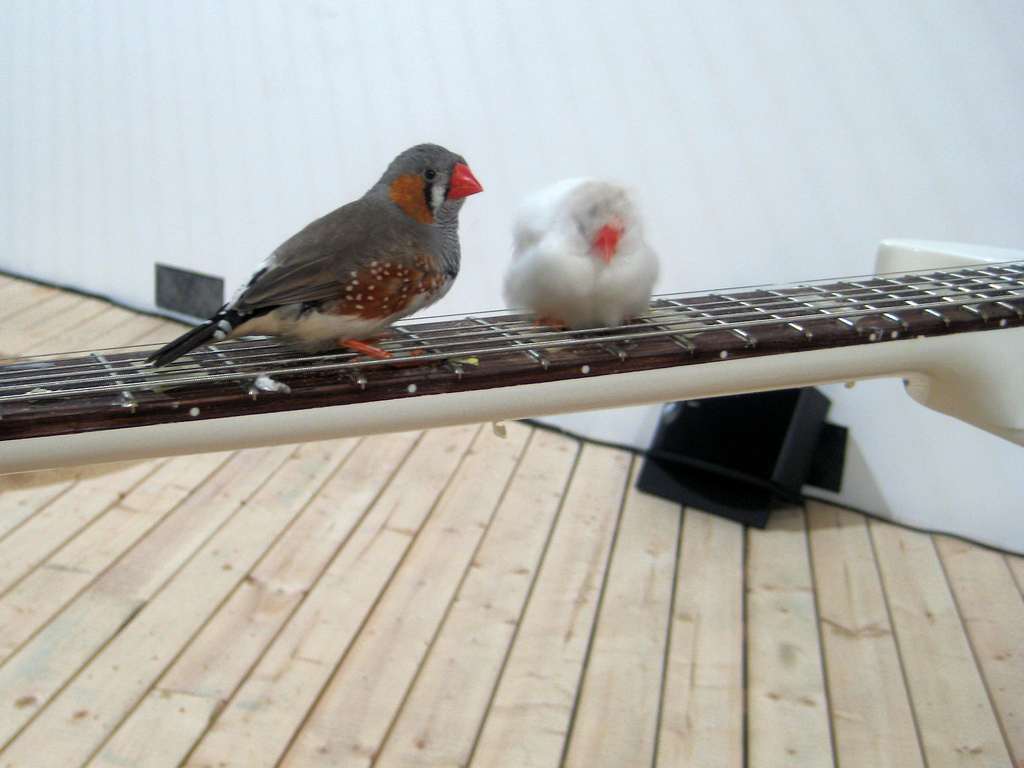 Move over office printers, you have a new overlord. Birds, once used to deliver messages between pen pals, have found a new niche in an old place. Birds can now crap the latin alphabet, and have become what can only be described as an anolog printer.

A group of male zebra finches are set on the posts and left to meander, eat, and produce waste over the course of a few days and — as they excrete — they deposit their waste in the arrangement of the tray. placed directly under the cage is an extended roll of paper, which acts as the canvas for the poo.

No wonder printing is a mess.

What’s this got to do with Apple news? Sweet. F.A. I just laughed, then retched at the thought of receiving a letter made with bird crap. I didn’t want to be alone and figured I’d take someone else down with me. It’s a luxury I have, considering I pay the Macgasm hosting bill.

Think we can get a sequel to “Birds” any time soon?