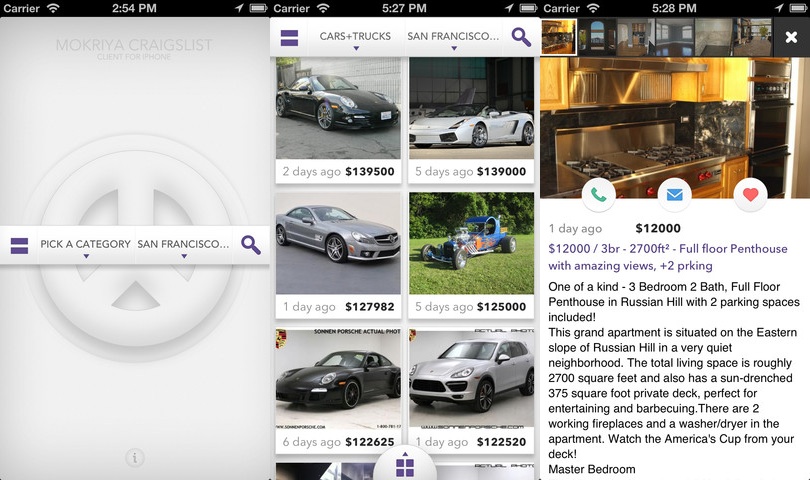 For those looking to give away their old couch, to buy an old pile of DVDs, or to simply meet up with some sketchy individuals, this new Craigslist app by Mokriya makes all this easier and more beautiful than ever.

While Craigslist still doesn’t have an official first party app, other developers have used this as an opportunity to create their own apps for the personal ad service. Mokriya, the developer behind well received iPhone apps such as Threadflip, have created a Craigslist app that looks nicer than any other one currently available.

The app, as seen in the video above, is super fluid and fast to use. If you choose to pay for the full $0.99 version, you will get features such as the ability to post ads and receive alerts when a certain item you want becomes listed. It also features a nice and eye-pleasing way to shop for houses with the app’s household shopping section.

If you’re a frequent Craigslist user, definitely download Mokriya Craigslist and give it a try.