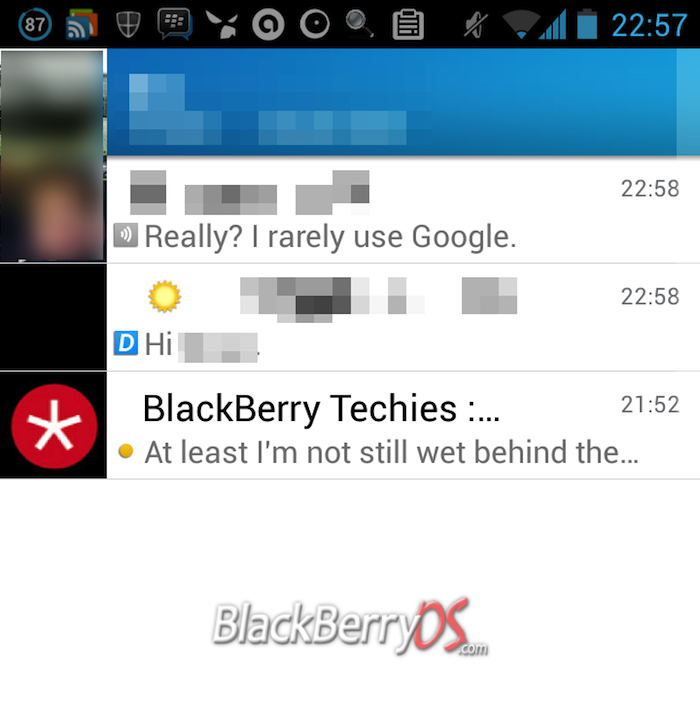 As of now, BlackBerry hasn’t given us an official public release date for BBM for iOS or Android, but BlackBerry CEO Thorsten Heins told us in May that these apps are set to launch “this summer.” Screenshots for BBM for Android have leaked to the web, though we haven’t been able to find any for BBM for iOS.

The BlackBerry Beta Zone is a place where BlackBerry users can download prerelease software for their BlackBerrys. This is the first time an app for iOS or Android has hit the Zone. BlackBerry Zone users can test said beta software and send feedback to BlackBerry to aid in improvement.