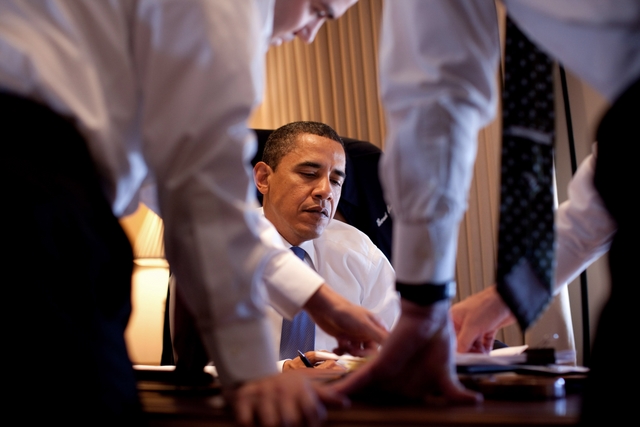 Yesterday President Barack Obama met with Apple CEO Tim Cook and a number of other tech executives to discuss government surveillance in a closed-door meeting, according to Politico. AT&T CEO Randall Stephenson and Google computer scientist Vint Cerf were among the other executives present at the meeting.

The meeting follows the recent PRISM scandal concerning government surveillance and online tracking of consumers. Another meeting took place earlier this week as well, between “top administration officials, tech-industry lobbyists and leading privacy hawks.” The White House has declined to provide any details on the gatherings or what was talked about, but, according to Politico, the meetings are a response of Obama’s initiative to have a more public debate about the country’s antiterrorism policies and privacy protection.

“This is one of a number of discussions the administration is having with experts and stakeholders in response to the president’s directive to have a national dialogue about how to best protect privacy in a digital era, including how to respect privacy while defending our national security,” an administration aide said of the meetings.

Though few details have been revealed, the meeting with Tim Cook and other tech executives is particularly interesting as Apple was one of the companies accused of taking part in PRISM. Apple has denied involvement, and is one of 60 companies to request that the U.S. government allow them to report details on security requests.

“The purpose of the debate is to make sure we have both liberty and security,” said Sen. Richard Blumenthal, who is sponsoring a bill that would create a new public-interest defender that would approve government requests to companies for user data.