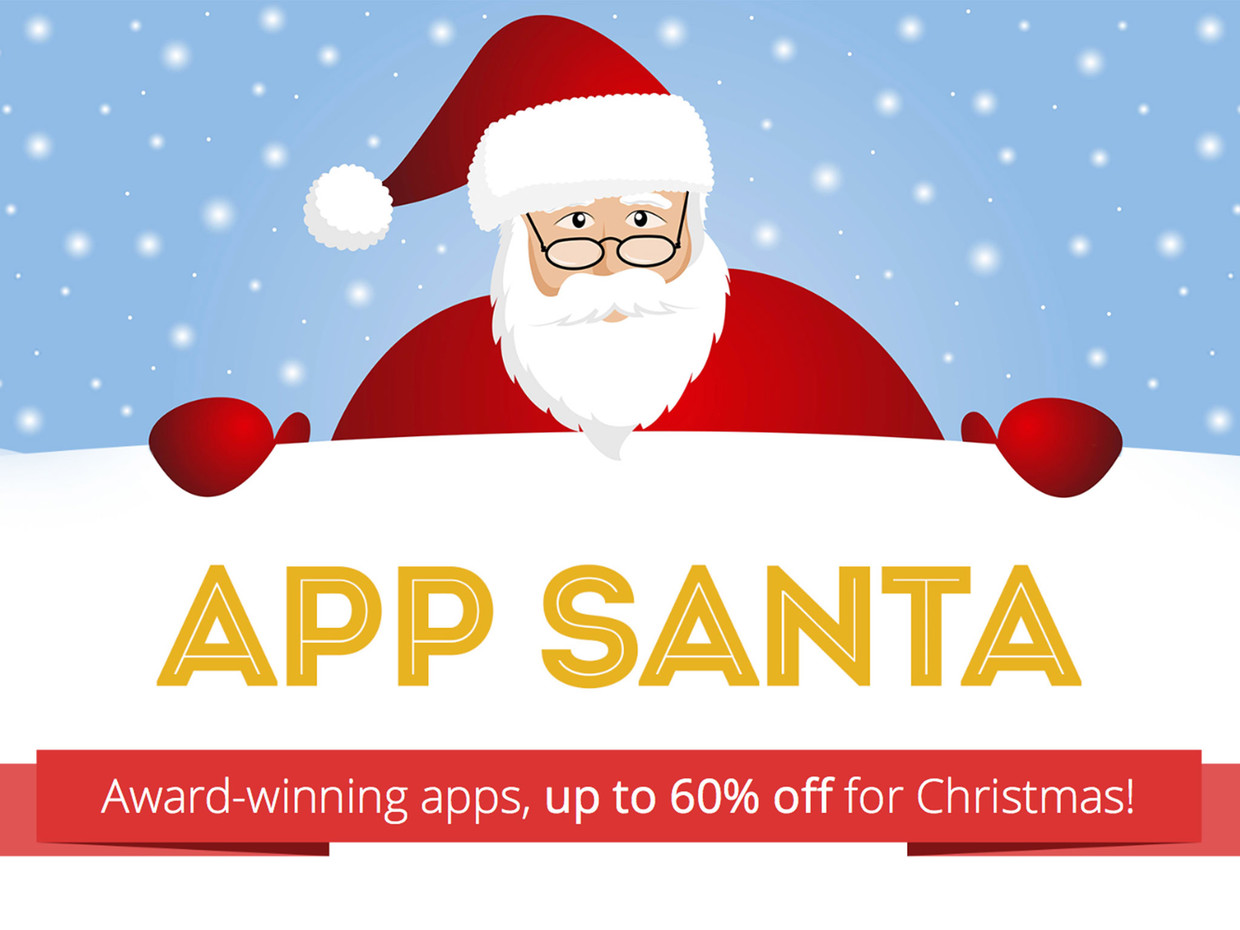 If you were hoping to find some new apps on sale this holiday season either for yourself or for a friend, you’re in luck.

A number of critically acclaimed apps have been put on sale as part of a collaborative effort between all of their developers. The promotion is being called “App Santa“, although since it isn’t an official App Store promotion, the developers had to organize the effort themselves.

If you visit App Santa’s website you can see all of the participating apps and developers, but we’ll also give you a list of all the apps and savings below:

The sale will likely run until at least December 27th, when developers will once again be able to adjust their app prices following a Christmas break. If you think you might be getting a slew of iTunes gift cards next week, don’t worry about waiting until then.