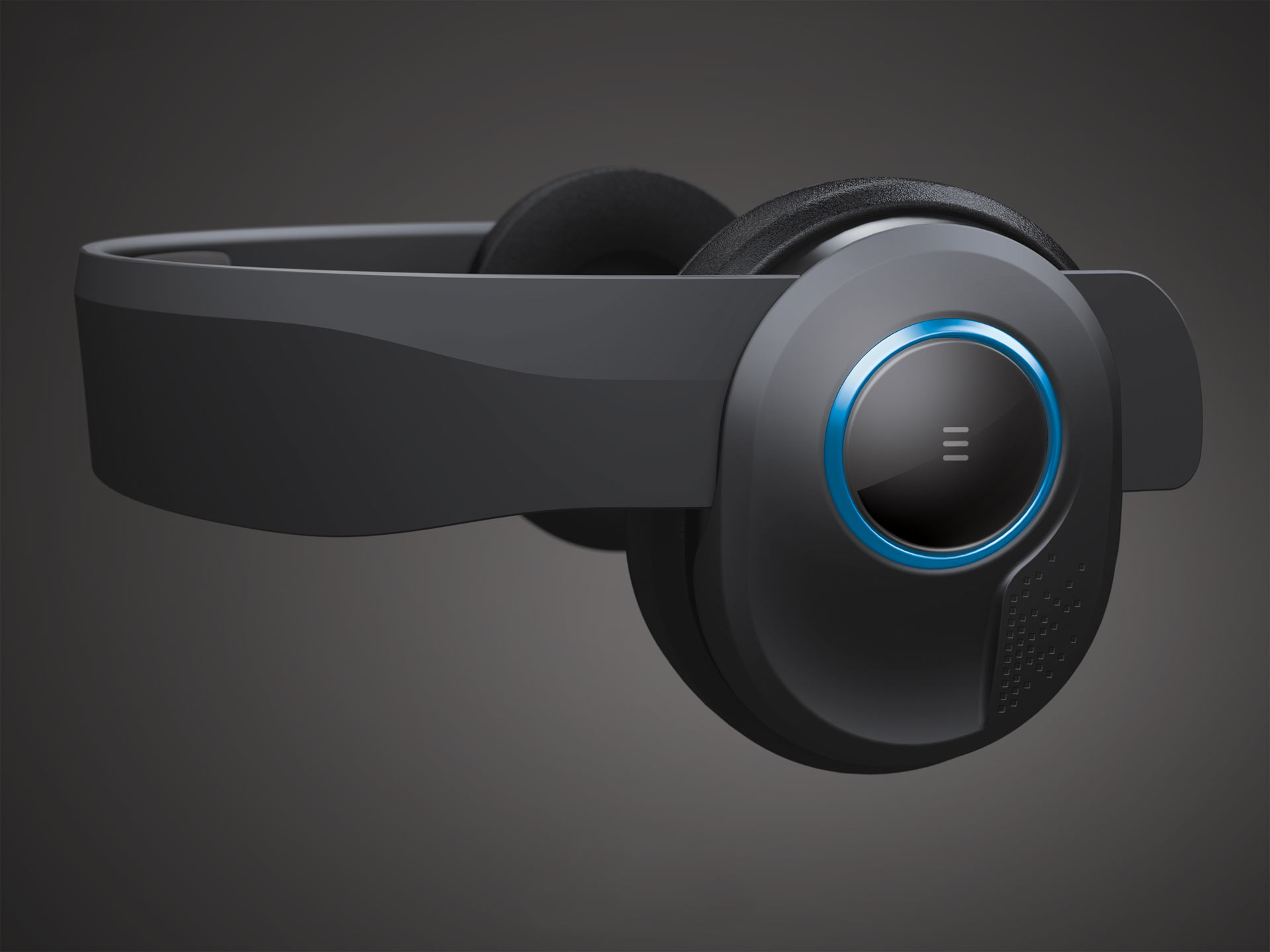 It looks like something a cyborg would use to watch a movie. Or maybe like headphones that have fallen off your head. In either case, the folks behind the Avegant Glyph headset seem to think they’ve got the next big thing in headgear after the Oculus Rift.

The Glyph, currently in Kickstarter mode, is what its creators call a “mobile personal theater.” At first glance, the Glyph looks like an ordinary pair of high-end wireless headphones—and you can use them that way if you like.

But when you flip the headband down over your eyes, you get a personal viewing screen that wraps around right in front of your eyes. And since it comes equipped with HDMI input support, you should be able to plug it into all sorts of devices.

We haven’t gotten a chance to play with the Glyph, but it sounds like a cool idea, and we look forward to seeing it become an actual product you can go out and buy. The Glyph Kickstarter project has 20 days to go as of this writing, and it’s already far exceeded its $250,000 goal. You can still get in on the Glyph beta program, though, by pledging $999 or more.