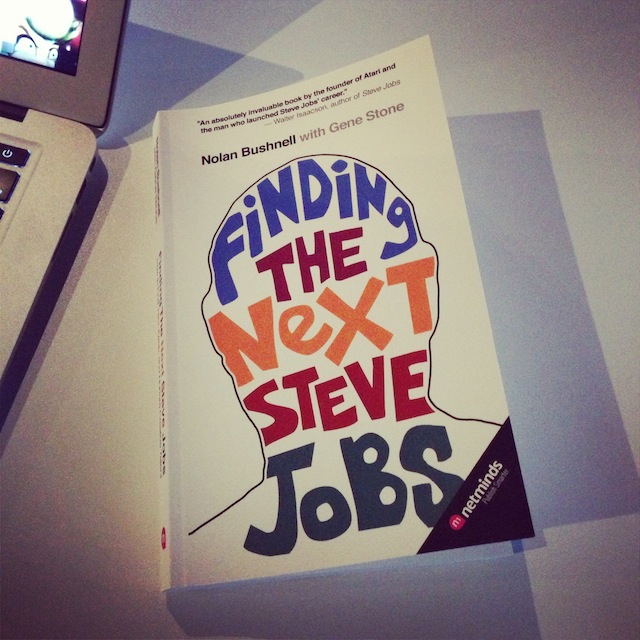 In his book “Finding The Next Steve Jobs,” Nolan Bushnell, co-founder of Atari, writes less about Steve Jobs and more about what companies need to do to change their hiring practices.

In 1974, Bushnell took a chance on hiring Steve Jobs, a non-conformist who was as far from the straight-collared businessman mold as could be. Bushnell remained friends with Steve Jobs over the years, even after he left Atari to co-found Apple. In “Finding The Next Steve Jobs,” Bushnell reflects on what he learned from Steve Jobs and how companies need to hire more people like him.

Bushnell, in an interview with the LA Times, explains that companies today tend to hire away from creativity in favor of productivity. “For instance, they are requiring everybody to have a college degree. The most creative people I know couldn’t deal with college.”

“Most of these folks are non-conformists. Sometimes when you hire people who have to pass a Mr. Congeniality test, you end up losing some of the non-conformists who will give you different views and perspectives,” he went on to explain.

Bushnell argues that companies have to revolutionize themselves constantly just to remain relevant in today’s fast-pace digital age, and creative people are becoming more and more important in this.

Jobs is just one great example of a non-conformist. Bushnell and Jobs both agreed that creativity is “every company’s first driver. It’s where everything starts, where energy and forward motion originate. Without that first charge of creativity, nothing else can take place.”