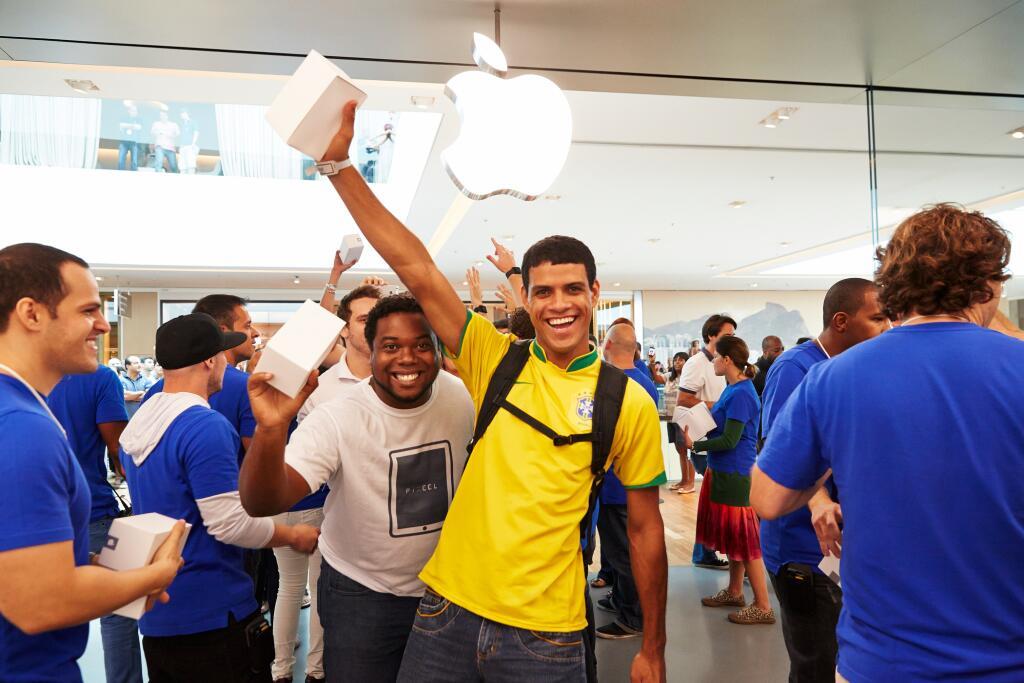 This past Saturday Apple opened up the company’s first ever Apple Store in Latin America, with upwards of 1,500 people reportedly in attendance.

The store is located in Rio de Janeiro, Brazil, in the city’s VillageMall luxury shopping center. The store itself is pretty large, featuring a storefront that is reportedly three times the size of your average Apple Store.

Latin America has a population of almost 600 million, so you know, you’re going to need a bit of extra store space for all those people.

Video from the opening shows off all the craziness that comes along with one of these major Apple events:

Unfortunately for Brazilian customers, prices for Apple products in the country are reportedly some of the highest in the world. An off-contract 16GB iPhone 5s in the new store goes for 2,799 reais ($1,174), compared to the $650 price tag in the U.S. This is primarily attributed to the country’s incredibly high import tax.

Apple said it wanted to ensure the store was open for the upcoming FIFA World Cup and 2016 Olympics that are set to take place in the country.

Hopefully we’ll see some more Apple stores open up in the region over the coming years.