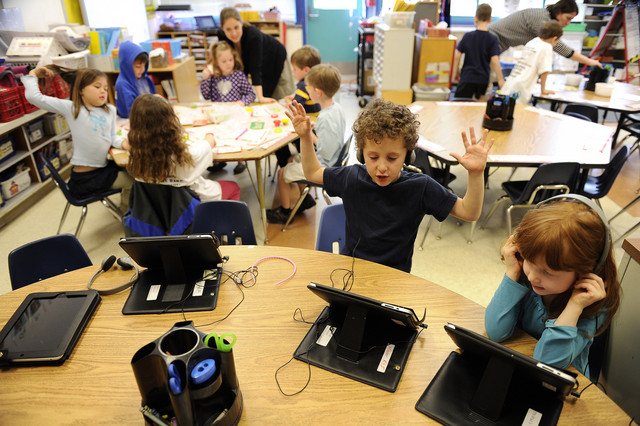 While Microsoft and Apple are currently battling it out to become the leading name in education and schools, Apple has just gotten a significant boost. The U.S.’s second largest school board “The Los Angeles Unified School District”, has announced that it will be purchasing roughly 35,000 iPads, a sum that will amount to an estimated $30 million.

The 35,000 iPads will be distributed to 47 different schools within the district and will cost roughly $678 per device. The higher price is attributed to the educational software that will be included on each unit.

While the school board considered whether or not it should approve the contract, a Microsoft representative argued his case against the decision. He argued that the school shouldn’t put all of its money into one platform and device, and that they should support some kind of competition between devices to result in lower prices and a better product. He also argued that the school should purchase Microsoft tablets as the kids should have experience working with machines that they will find in the workplace.

In response to this, the board agreed that Apple’s tablets were clearly the superior product, and that it wouldn’t be fair to give some students a lesser one. Ouch.

While the board of education voted unanimously 6 to 0 in favor of the contract, a number of upper staff were forced to leave the discussions because they owned a small amount of stock in Apple. Superintendant John Deasy has even been featured in an Apple promotional video about education.

The deal is expected to reach into the hundreds of millions in the next couple years, including repair, expansion and upgrade costs.