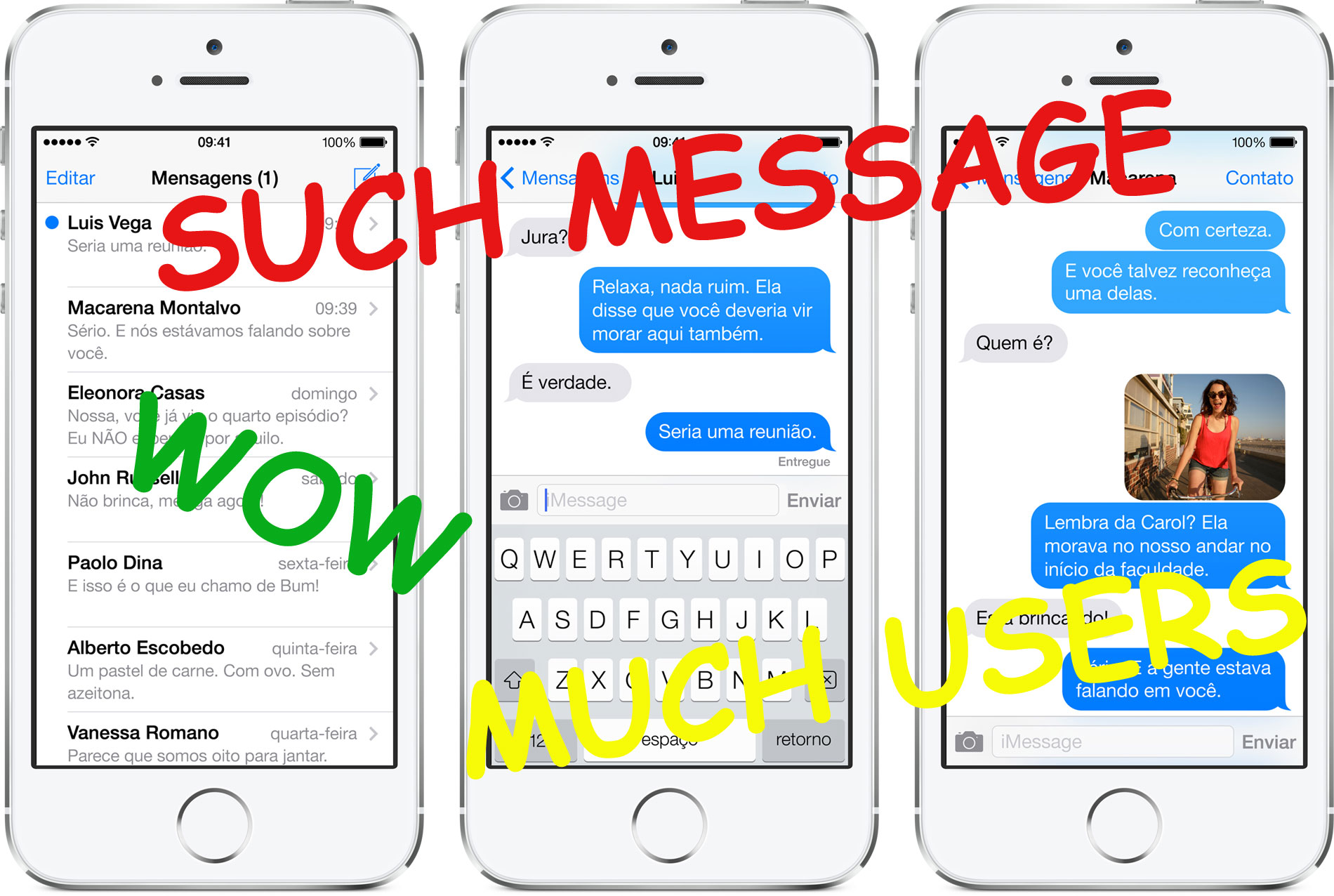 As Apple continues to sell more and more iPhones and iPads, the number of users on iMessage continues to rise. What’s truly impressive is by just how much.

Back in January of 2013, when the iPhone 5 was still top dog, users were sending an average of 2 billion iMessages per day. Apple says this number now sits at 40 billion messages sent per day.

These figures were given out today by Tim Cook at Apple’s stockholder meeting, who also discussed the increased success of the Apple TV.

Apple also revealed there are roughly 15 to 20 million FaceTime calls made each day.