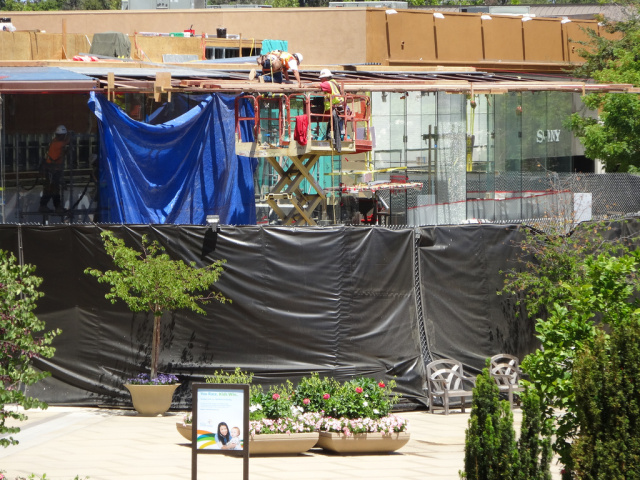 While Microsoft impressed a number of people with the opening of its flagship store in Palo Alto last year, complete with a Maroon 5 launch party, Apple seems to think that the company has had enough time in the spotlight. Apple is currently hard at work on the construction of what is said to be a visually stunning retail store, right by Microsoft’s impressive Palo Alto location. The move is reportedly being done to show up Microsoft’s store with a more impressive looking Apple Store location. If you think that Apple’s being a bit harsh with its decision, note that Microsoft actually started this battle. The impressive Microsoft Store in Palo Alto was intentionally built right next to a comparatively small Apple retail store. Now Apple is retaliating by one-upping Microsoft with what should be an even bigger and more beautiful location.

The move was reportedly one of the last ones made by Steve Jobs, who signed off on the building’s construction just six months before current CEO Tim Cook took over.

While the construction site is primarily blocked away from public view, TechCrunch reports, “It’s a massive space and the glass facade will be a striking architectural accomplishment that makes the store stand out even with impressive neighbors.”

Long story short: Microsoft thought it would be funny to open its flagship store next to a small Apple Store. Apple didn’t find it funny.