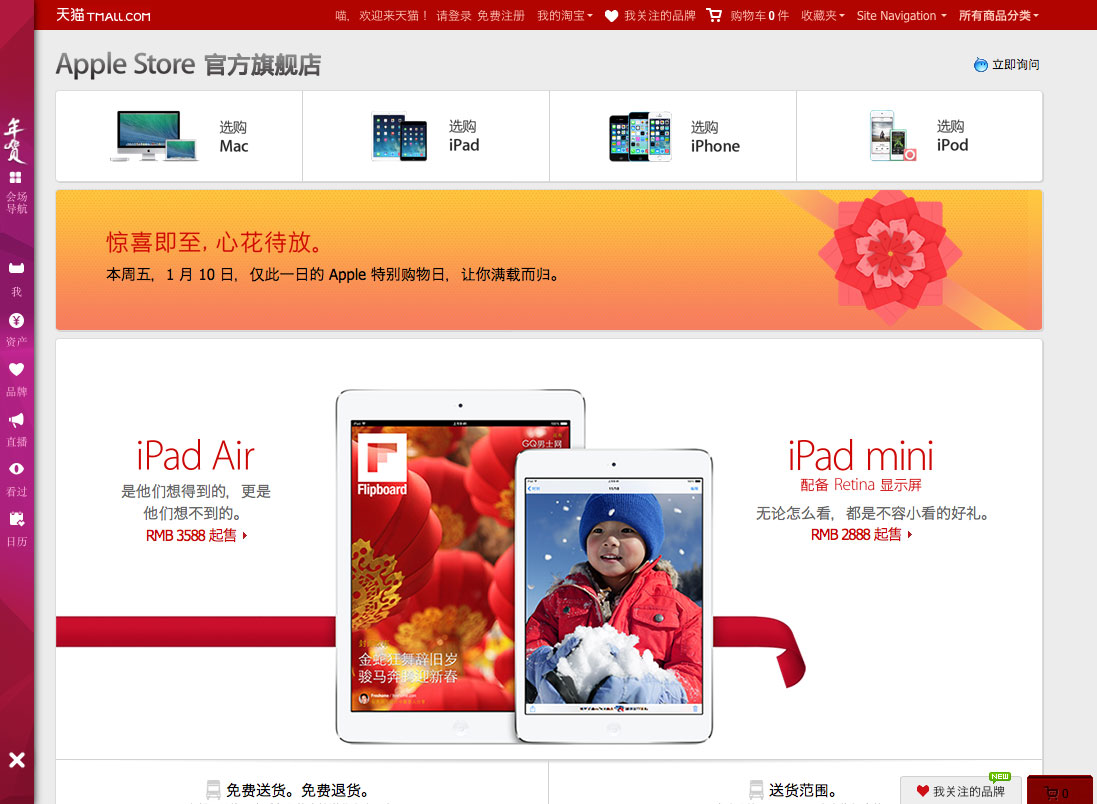 Apple has begun offering another official way for Chinese customers to buy its products over the Internet.

In addition to its existing Apple Online Store in China, Apple has now launched a store on “Tmall“, a massively popular merchant site in China that connects users to popular brands and companies. In just over a week China Mobile will finally begin selling the iPhone to its massive 760 million customer base, so it seems as though Apple is assuring it makes buying its products within the country even easier before that happens.

Tmall requires sellers to pay an annual service fee and commission charges on each product sold. It’s operated by the massive Alibaba Group e-commerce company that also runs the highly popular Taobao site which is more akin to Ebay. Tmall is marketed more like a virtual mall filled with well known and reputable stores and companies.

With 760 million potential new customers arriving from China Mobile on January 17th, expect Apple’s Tmall store to be selling quite a few iPhones in the coming weeks.