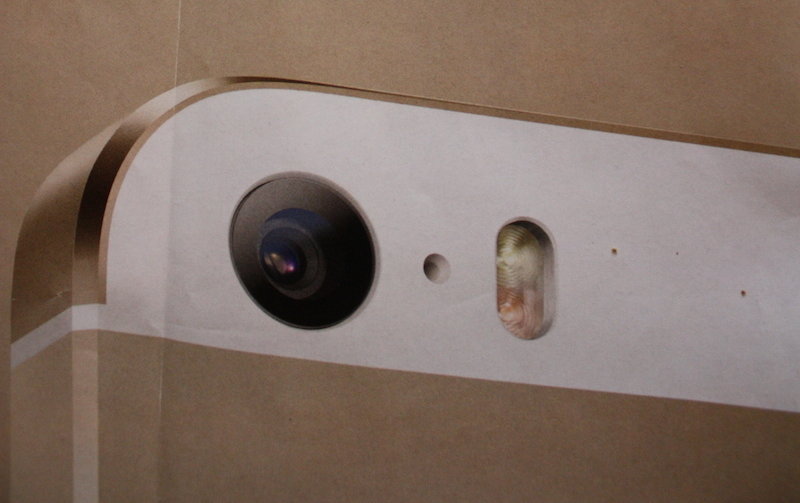 Following the release of two minimalist magazine ads that Apple created fpr its iPhone 5S’s Touch ID and A7 processor, the company has now created a full-page ad specifically to show off the phone’s rear-facing iSight camera.

The ad simply shows a close-up of a gold iPhone 5S and its camera placed in front of a gold background, along with the following paragraph of text.

A better photographer, built in.
Instead of teaching people to take better photos, why not teach the camera? The new iSight camera’s software makes dozens of smart decisions every time you click—from True Tone flash that analyzes and adapts to your lighting, to burst mode which takes multiple pictures and suggests the best ones.
The new iSight camera. Only on iPhone 5s. The minimalist ad was featured on the back of this week’s Entertainment Weekly and also features AT&T branding, although MacRumors reports that Apple traditionally switches up what carrier is shown in its advertising.

I’m always excited to see what Apple has done when it comes to magazine ads. Even though I already know a lot about the iPhone 5S’s camera, the ad is still cool to look it.