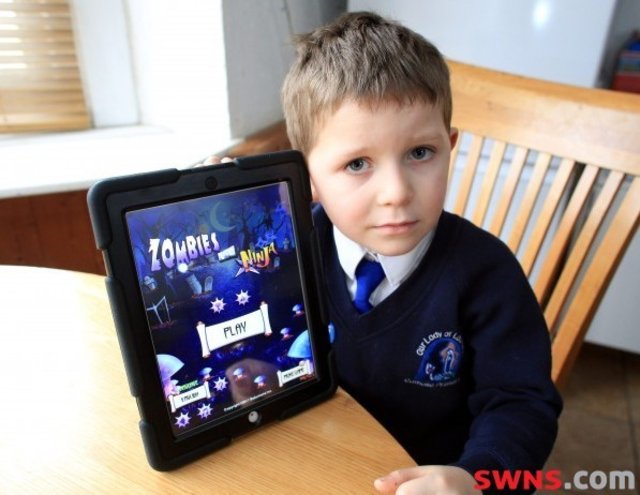 When five-year-old Danny Kitchen wanted to play the free Zombies vs. Ninja game he saw on the App Store, he went to his dad to have him type in their account’s password so he could download it. Seeing that the game was a free download, Danny’s father felt comfortable in letting his son get the app, so he entered the password and returned the iPad to his son.

Danny then decided to go on an in-app buying rampage, obviously going for all of the add-ons that cost £69.99. Danny quickly bought 12 ‘333 keys’, seven ‘333 ecstasy bombs’, and five ‘9000 darts’. A few days later, the Kitchens received a call from their credit card company inquiring about the £ 1,700 iTunes total that was run up in just under 15 minutes.

Apple and the Kitchen family has a lot of back and forth communication, but finally Apple chose to refund the family. Once Danny had found out the extent of what he had done, he said, “I was worried and I felt sad. I’m banned from the iPad now.”

Either that, or all of this is simply an elaborate cover-up for Danny’s father’s dark, crippling addiction to Zombies vs. Ninja.