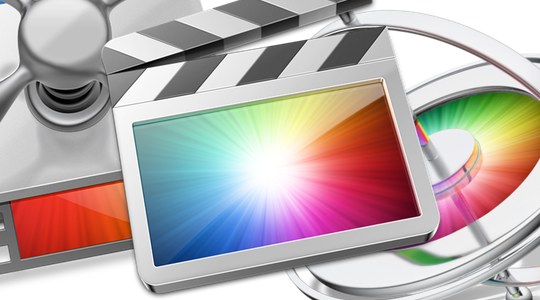 Apple’s no stranger to jumping into waters that they probably shouldn’t be jumping into headfirst just yet. Back when iMovie got a major overhaul to iMovie 08, Apple faced quite a bit of push back from the community. As a result they offered up iMovie HD 6 as a free download to anyone who purchased iMovie ’08. Over time the iMovie HD 6 application disappeared and the new iMovie permanently took its place.

This spring Apple introduced Final Cut Pro X, and the results have been pretty much the same. Final Cut Pro editors were unhappy with the lack of pro support in Final Cut Pro X, and until recently, their only option was to go back to the Final Cut Studio that they grew to love. Prosumers, and enthusiasts loved it, but professionals were on the fence. Heck, two of our contributors, both film editors, reached very different conclusions of their own. One continued to use it, and the other asked for a refund (you can read their thoughts here).

Apple’s finally doing something about it.

It seems that Apple has finally agreed with the industry, Final Cut Pro X just isn’t cutting it yet. Apple is now selling Final Cut Studio again for $999, complete with Motion, Soundtrack Pro, and all of the other applications editors relied on up until now.

But, don’t count on it being around for the long haul, we’d be willing to bet that the legacy Final Cut Studio will eventually disappear in much the same way that iMovie HD 6 disappeared. As soon as Apple’s comfortable with where the new version of Final Cut Pro X is heading, and as soon as they’ve addressed all the professional editors’ concerns, it will disappear just like its brethren before it.

Update: @Chastastic pointed out on Twitter that The Loop has reported that Apple’s just trying to clear out their extra inventory It could be. But, I doubt Apple’s going to come right out and say “Final Cut Pro X Sucks, so we’re going to offer up Final Cut Studio again.” The proof will be what happens once Apple puts the features people are looking for back into Final Cut Pro X. If Final Cut Studio is around still at that point, and mysteriously disappears, you’ll know why.