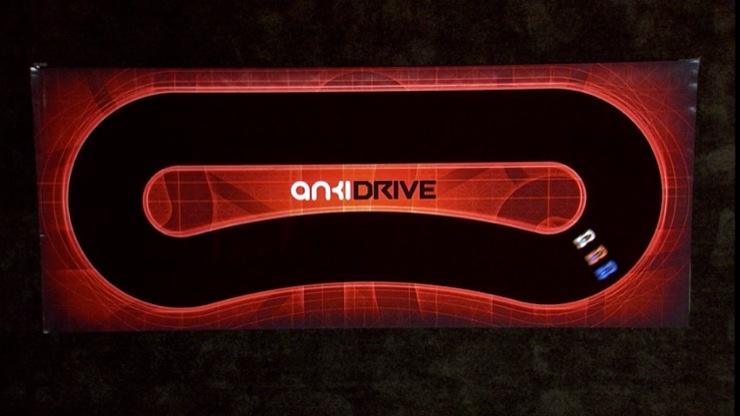 The first big announcement Apple made in its WWDC press conference was a bit of a surprise. Apple chose to bring out the new company Anki, who revealed its first project, a real world racing game called Anki Drive.

Anki Drive looks like a videogame of the future. It’s reminiscent of those remote controlled race car games that has cars racing around a track, only this time, the cars are highly intelligent and are on no set track.

The cars are controlled by an iOS device, which also functions as the brain behind the game. Cars sense the track as well as other cars as they make thousands of decisions in real time to battle to win the race. You can even have your car deploy weapons that will send the other racers spiraling off track. You can choose to with play against AI or you can battle a friend that’s in the room.

Cars will also have customizable features where users can adjust things such as weapons and other car specs.

The WWDC demo went off with a couple of hitches, although the technology certainly seems cool. It’s something you definitely have to see to understand, so if you missed out on the WWDC conference, you should go back and check it out.