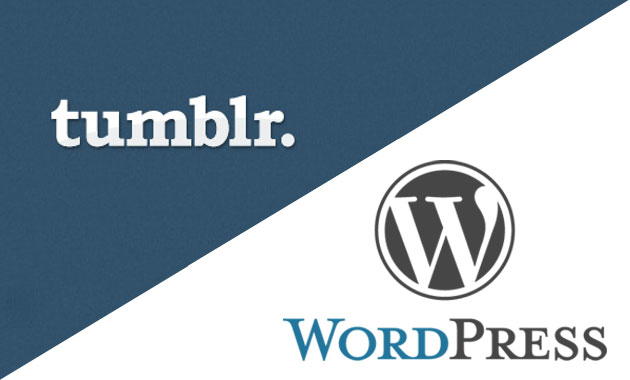 Whenever big corporations buy smaller successful companies, many are stricken with fear that this marks the beginning of the end for what they once loved. This is likely why the number of blog posts being imported from Tumblr to WordPress has risen from 400-600 an hour to a whopping 72,000 ever since Tumblr was purchased by Yahoo.

These figures come from WordPress founder Matt Mullenwag, who says that Yahoo made a steal with its $1.1 billion purchase price. “I think it’s a tenth of the value that will be created in these platforms over the coming years,” he says.

Although it’s a massive increase in the usual number of blogs that are exported from Tumblr to WordPress, the numbers are still far too small to indicate any sort of large movement away from the service. Tumblr still manages to get 75 million blog posts per day. Rather, this is likely just a small minority of dedicated users and fans, outraged by Tumblr’s decision to sell.

“I don’t think there will be any sort of exodus from Tumblr. For most folks habits overcome internet-outrage. Even if a million people left, that’s just about a week’s worth of signups,” said Mullenwag.

Yahoo states that it plans to operate Tumblr independantly and that it will retain things such as its current plan and CEO.

The company has also promised ‘not to screw up’ the popular blogging service.