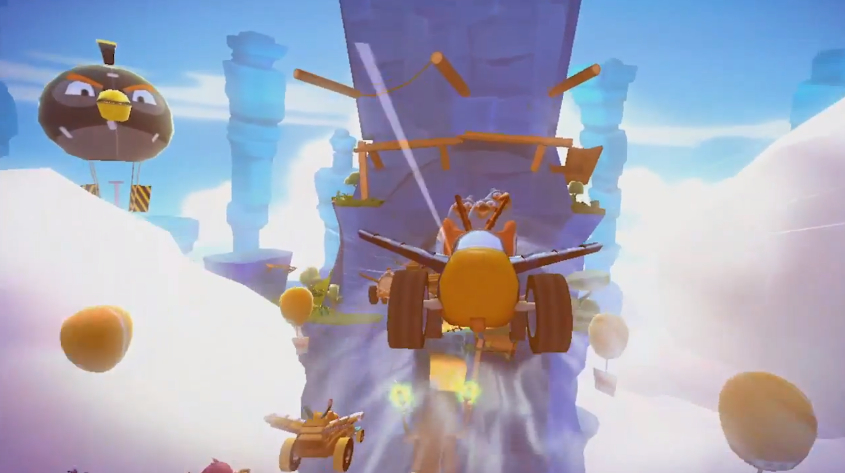 If there’s one thing that could actually get me interested in a new Angry Birds game, it would be good ol’ kart racing. Developer Rovio just unveiled “Angry Birds Go!”, a new kart racing game that takes the cast from Angry Birds and throws them in a Mario Kart style downhill racer. The game is being pitched as the first Angry Birds game to feature a “fully rendered 3D world”. As opposed to the traditional Angry Birds 2D style, you can see in the game’s trailer that it boasts pretty nice looking 3D graphics.

In Angry Birds Go! you can feel the rush as you fling down the track and go head-to-head in a fast and furious race to the finish line! Look out for treacherous roads, mischievous opponents and unique special powers to put the race leader behind the pack. Plus you can go from homemade soapbox car to a super-fly car by upgrading your ride. It’s all there, along with crazy stunt and air tracks, and many fun and surprising game modes. The game will be out on iOS, Android, Windows Phone 8 and BlackBerry 10.

The game is being released as a free-to-play title on December 11th, but expect there to be a number of premium items and power-ups that you’ll be able to throw your money at. And who can say no to kart racing?