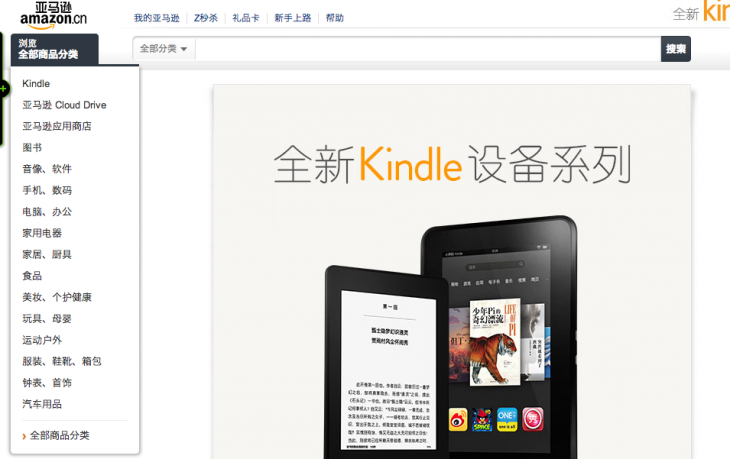 While the Kindle has grown to be an incredibly popular product within North America and Europe with the past several years, some markets, like China, never even got the product in the first place. That is set to change, with Amazon’s announcement today that it has begun to sell Kindle devices within the heavily populated country.

Currently, Amazon is selling the Kindle Paperwhite with Wifi ($138) as well as the 16 GB Kindle Fire HD ($244) and the 32 GB Kindle Fire HD ($293). The company has plastered the products over its official Chinese website to help promote the new release. It’s still unknown whether Amazon will also release its other Kindle products within the region.

Retail store Suning will also reportedly be Amazon’s exclusive retail partner within the country, being the sole store that will be able to sell Kindle devices across China.

Amazon initially launched a Chinese version of its Kindle app and bookstore back in December of 2012, however, the company reportedly delayed the launch of its Kindle products until now as it found ways to try and deter e-book piracy within the country.