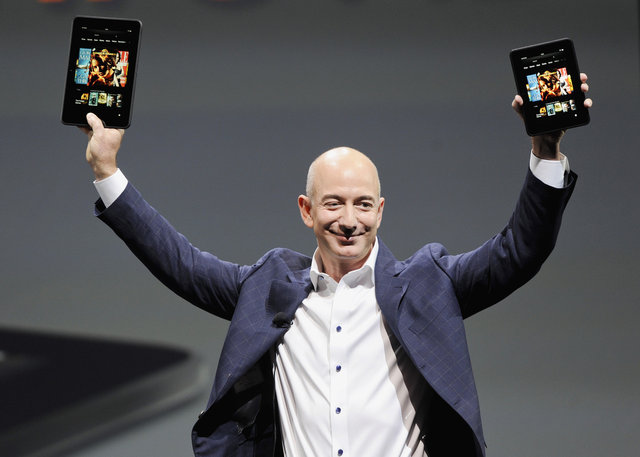 It seems like Amazon may be looking to expand its hardware offerings beyond its Kindle tablets and eReaders. The company is reportedly working on an array of different products, including a smartphone with a 3-D display and a device that functions as some sort of “audio-only streaming device.”

The Wall Street Journal reports that it has been tipped off by reliable sources about Amazon’s “Alphabet Projects.” The Alphabet Projects are a collective of four different hardware projects Amazon is working on, Project A, Project B, Project C, and Project D.

One of the four projects is reportedly a high-end 3-D smartphone that doesn’t require 3-D glasses to use. What’s interesting about this reported phone, is that unlike other glasses-free 3-D displays that give the appearance of depth going into the screen, images on this phone will reportedly seem to float above the display like a hologram and will be visible at all angles. The device will reportedly use retina-tracking technology to help with the technology, and will also let users scroll through content using only their eyes.

The second project seems to be another smartphone, however, it is not detailed in the report. Perhaps this will be a more traditional smartphone offering from the company.

The third project is described by The Wall Street Journal as an “audio-only streaming device.” This sounds as though it could try and offer a cheap device that is dedicated just to streaming audio files. Whether this means it can connect to sites like Rdio or whether this just means it uses Amazon’s cloud to play songs purchased off Amazon is unclear.

The fourth project is a set-top box, similar to an Apple TV, that is designed for streaming movies and TV shows.

The sources claim that Amazon’s goal is to release some of these products within the next few months, although they also apparently say that any or all of the devices have the potential to be shelved due to things such as financial or performance concerns.

While an Amazon smartphone sounds like it could be a really interesting proposition, this report seems too unclear to take anything as a certainty. Hopefully we hear more information confirming the devices in the coming months.