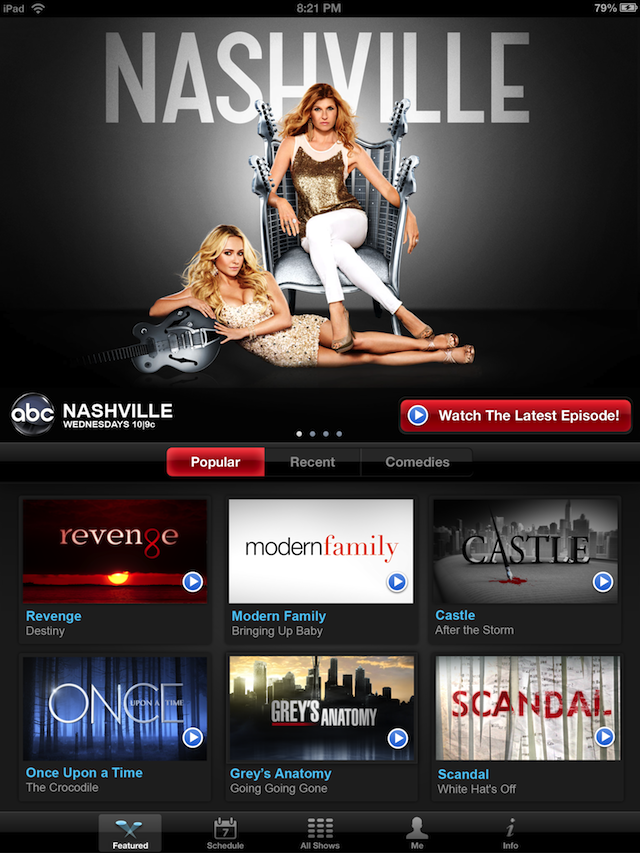 ABC is gearing up to revolutionize the way people watch TV by live-streaming content on iPhones and iPads with a “live” button. But don’t get too excited just yet — there’s a catch. Only people living in New York and Philadelphia will be able to live stream content from ABC’s local stations there. This is pretty major as ABC is the first major broadcaster to enable such a feature, even if it’s only for a limited number of users.

The other catch is that the live stream will only be available to paying subscribers of cable and satellite providers, despite the stations’ signals being available for free over the public airwaves.

ABC, which is part of the Walt Disney Company, said that the feature would be available in the other six cities where it owns stations sometime this summer.

ABC’s mobile app could prompt other broadcasters to make similar moves, just like seven years ago when the network started to stream full episodes of shows the morning after they aired on TV. ABC was planning to introduce the new “live” feature for its app in 2014, but decided to introduce it much sooner.

Anne Sweeney, the president of the Disney-ABC Television Group, explains: “We keep a very close eye on consumer demand. We watch how people are behaving with their devices, and we really felt that we needed to move faster.”

Apple devices are the first to be supported with this feature, but other phones and tablets will be supported in the coming months, according to Albert Cheng, Vice President for Digitial Media. Securing the necessary rights from program providers was the hard part, but ABC will be able to stream all of its local newscasts, syndicated talk shows like “Katie,” and national series like “Grey’s Anatomy.”

ABC is set to feature the new service on Tuesday at its upfront presentation for advertisers.