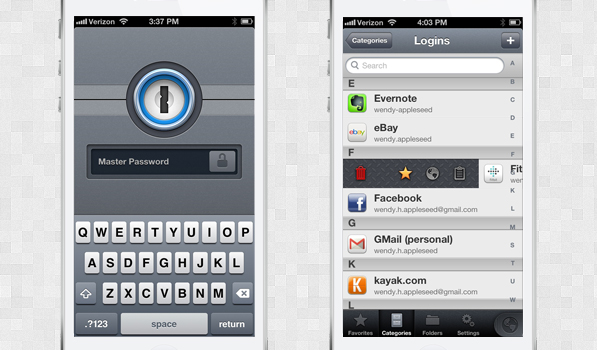 If you’re currently using the beta version of iOS 7, you’ve likely found that a number of your apps have trouble running or perhaps don’t run at all. Unfortunately, most developers won’t dedicate resources to fixing these apps until we approach the public release of iOS 7, forcing you to deal with glitchy/non-working apps for a number of months.

1Password developer AgileBits, however, has decided to jump the gun and push out an iOS 7 optimized version of its app today. The update reportedly addresses a number of issues and glitches that iOS 7 users were experiencing, as well as a number of other bugs.

Version 4.2.2 is a great update which includes several improvements you’ve reported, including:

1Password is on the App Store for $17.99, and helps users protect their various accounts in a number of ways, such as generating unique and complex passwords for each account.

Ironically, Apple is introducing its own similar security features in iOS 7 with iCloud Keychain. How this will affect 1Password’s business remains to be seen.