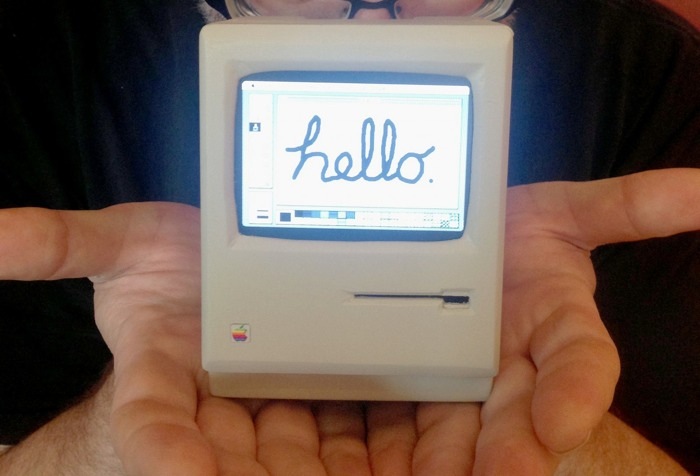 John Leake, the a co-host of RetroMacCast, recently finished building a one-third scale replica of the original Macintosh. Leake built the classic Mac out of PVC and powered it with the Mini vMac Linux distro running on a standard Raspberry Pi minicomputer. The mounted display measures in at 3.5″, so you can get an iPhone-sized view of your mini Macintosh. Leake has added HDMI, Ethernet, and four USB ports to his device, adding extra connectivity. A video of the mini Mac has been posted to YouTube, so it’s worth a look if you’d like to do a project like this yourself.

Raspberry Pi is a minicomputer that is meant to perform single functions or run a wide range of Linux distros. It’s developed and made in the UK and can be purchased for $35. The latest revision of the computer sports 512MB of RAM, a 700MHz CPU, and is powered via MicroUSB. Aside from running Macintosh emulators, the Raspberry Pi can also be used as an AirPlay streaming device amongst other things.