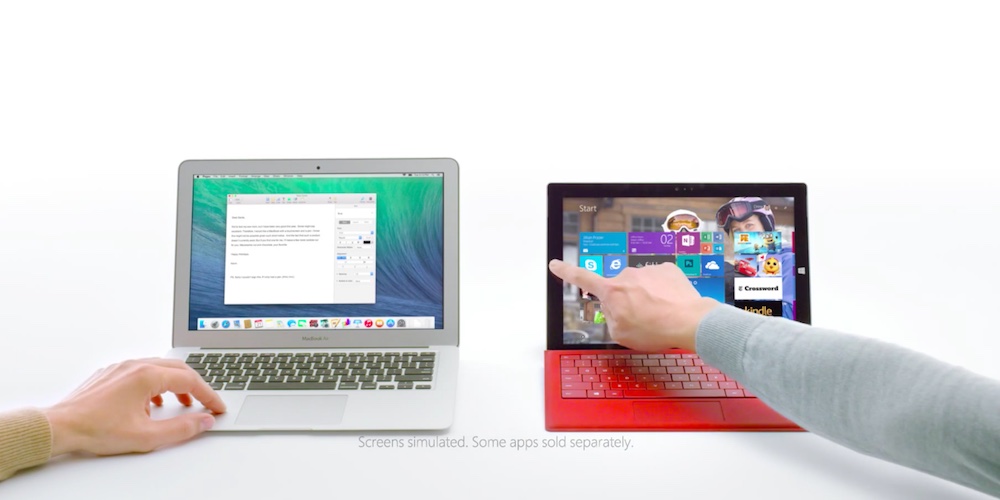 Microsoft has been running its Surface-Pro-versus-MacBook Air ads for a while now, and for the most part, they’re not terrible ads—even if the comparisons are a bit of a stretch at times. But this latest ad in the series—oh, it’s a piece of work, for lack of a better term.

I’ve watched this a few times now, and I’ve come to the conclusion that the basic concept is fine. It’s your standard product comparison spot—nothing out of the ordinary. But that audio is…well, it’s not good. Like, seriously. It sounds as if the producer asked a handful of people to come into their office and sing into a cheap videoconferencing microphone. You expect that from a college kid posting to YouTube, not one of the biggest corporations in the world.

It’s easy enough for me to say Microsoft needs to up its game, but then again, the only reason I’m writing about this ad was because it was so cringe-inducing, so by that metric, the ad actually kind of works. It’s memorable in a way, and if you’re a marketer, merely getting people to notice your ad and talk about it makes it a success by some measure.