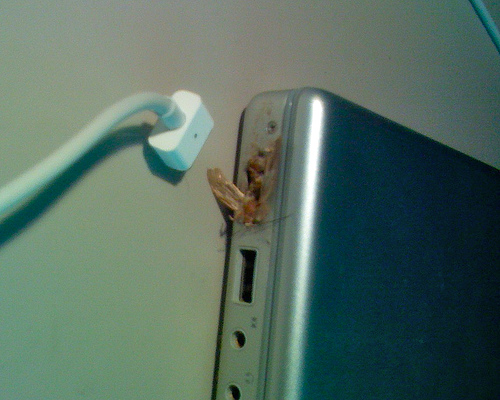 Apple has been sued due to their MagSafe Adapter.Â  In the claim, it states that their 85-watt and 60-watt adapters have been horribly designed and can be a potential fire hazard.

The complaint was filed in the U.S. District Court in San Jose and alleges that both the 85-watt and 60-watt adapters have been negligently designed and manufactured. According to the suit, the cable from the power supply to the MagSafe connector “dangerously frays, sparks, and prematurely fails to work.”

As someone who had her 60-watt MagSafe Adapter begin to burn with no warning, I’m actually surprised that it took so long for this lawsuit to appear.Â  It cost $79 to replace when I thought it was something that I shouldn’t have to pay. The court papers state that Apple is aware of this issue and hasn’t done anything to correct it.Â  The plaintiffs want Apple to provide safe adapters or refund the price of the laptops.

I am happy to hear that no one is asking for a ridiculous amount in this case.Â  Their terms seem fair, and they are able to help others, like me, who have dealt with this similar issue.Â  Additionally, they are also helping Apple because there are others who would sue for $200 billion and would cause more of an uproar than these users are doing.

This is a wake-up call to Apple to fix this issue before it escalates, so we’ll see how they proceed.