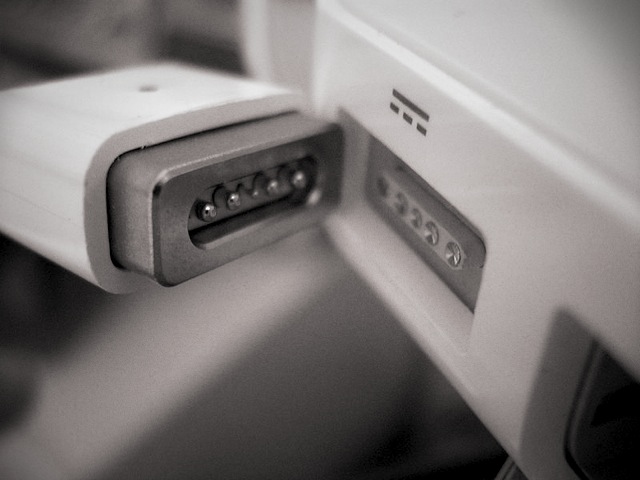 Touch, touch. Poke, poke. Is this thing even on? Apple’s MacBook charger doesn’ seem to obey the laws of electricity. Why don’t we get a giant shock when we start poking around the end of a MagSafe adapter while it’s plugged into the wall?

[quote]Pin 3 in the middle is a “Charge Control” pin that dictates whether power is output or not … Since your thumb can’t send the correct signal through Pin 3, power is disabled when it is connected to your thumb (or anything other than an Apple device)[/quote]

There you have it. Apple’s engineers electrocution-proofed their MagSafe adapters. That said, I wouldn’t go sticking one of these things in your mouth while it’s plugged in. Let’s not go testing just how far this “charge control” extends. Also, you probably shouldn’t leave the cable hanging about with your toddlers in the area. It’s only a matter of time until they start whipping it around, and trying to eat the cable. Trust me, first hand knowledge on this one.