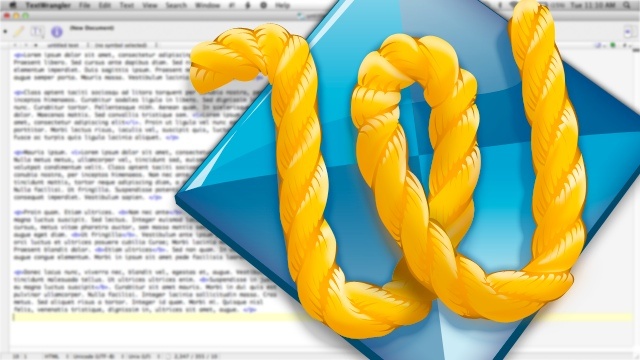 Bare Bones has just released a new update to TextWrangler, bringing it to version 4.5.2. As explained in the release notes, TextWrangler 4.5.2 doesn’t contain any new features or changes to existing features and is an update consisting entirely of fixes for issues experienced by users.

The list of fixes is a long one, but there are some more notable issues that have been addressed in the update, including added support for improvements to the Wrap Around indicator and Clippings menu title for Retina displays. There’s also a fix for the Undo state in Remove Line Breaks that often led to users losing content.

A problem has been fixed that prevented text from being put in Clipboard if it was done right after rebooting and the update also fixes a number of crashes, like when comparing two big files with not enough memory, having a file name change and after entering a bookmark without a server name and then trying to save it.

On top of that, there is added support for using the scroll wheel when making dragging text selections and changes have been made to significantly improve the performance of counterpart matching for C-family sources.

And that’s not even half of the fixes included in the new TextWrangler 4.5.2. You can get the updated version from the Bare Bones website or directly from the Mac App Store for free.

Simply put, TextWrangler is a must for anyone who does a lot of text editing, or works with a lot of files at once.  The Multi-File Search functionality makes the app worth it alone. It’s fantastic for searching and replacing code over multiple files and other things like that.