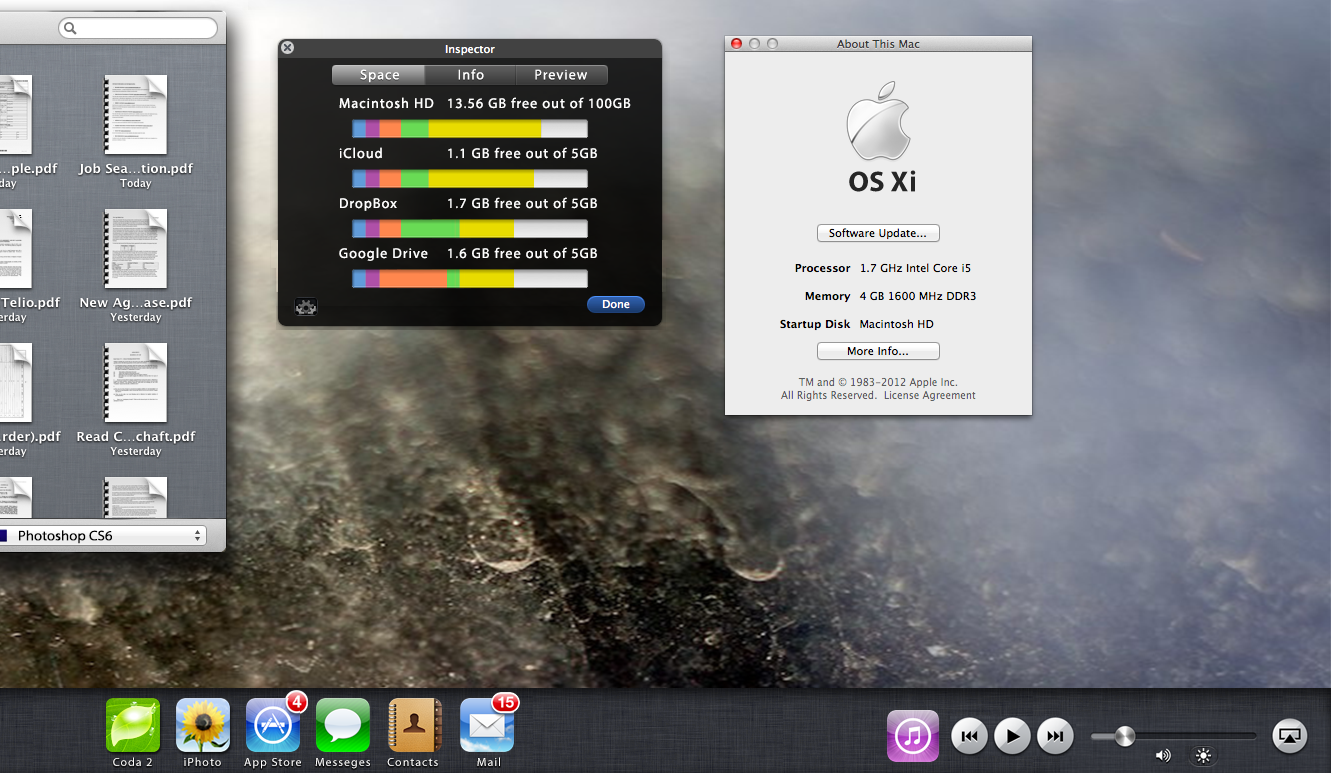 People have been saying for years that OS X and iOS are on an inevitable crash course. With Lion, Apple began bringing over some of the more popular iOS features to OS X. Mountain Lion continued the trend. Just how far Apple will carry the iOS themes to OS X is anyone’s guess, but there are a lot of things that Apple could do to make OS X feel more like iOS in 10.9.

Noah Gray has put together an interesting concept, called OSXi, that brings a new dock and menubar to OS X. Spotlight got a relocation too. It’s easy to imagine a lot of these things in OS X in 10.9, and it’s really easy to see the appeal of such an approach. Hiding the Dock and iTunes player in the way the OSXi concept does is pretty appealing for me. The less clutter in my OS, the better.

The image above is only a small subsection of the concept. If you want to see the entirety of the design, we recommend clicking through to the concept page.