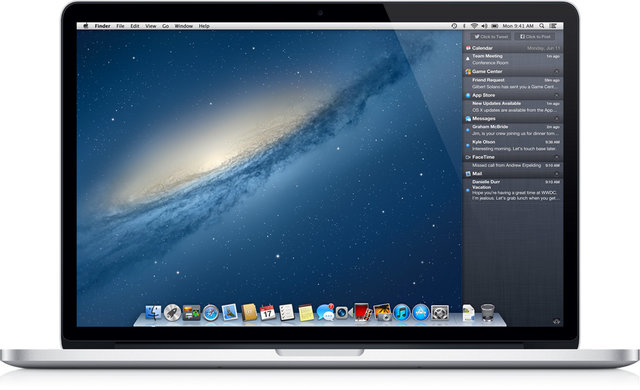 With WWDC fast approaching, many are speculating as to what features Apple will announce for the company’s new version of OS X. 9to5Mac is reporting from anonymous sources that the update will bring fullscreen multi-monitor support to the OS as well as a number of other features designed for power users.

The multi-monitor improvements will provide users with the ability to run full-screen apps on one monitor while still being able to access other full-screen apps or parts of the desktop on the other, something that currently hasn’t been possible. This is a feature that power users have long-awaited for and will be glad to finally see arrive on OS X.

Professionals will actually have a lot to be happy about, as the report says, the majority of the update will be towards improving the experience for power users. These improvements will include various enhancements to the Finder application and a much faster and more stable Safari.

10.9 may also bring more iOS inspired features over to the Mac, with rumors that there will be a sort of quick-app-switcher that will help with multitasking and conserving the computer’s battery life.

There are also rumors that Siri may make its way over to Mac with the update.

Look for an in-depth showcase of the new OS at June’s WWDC.