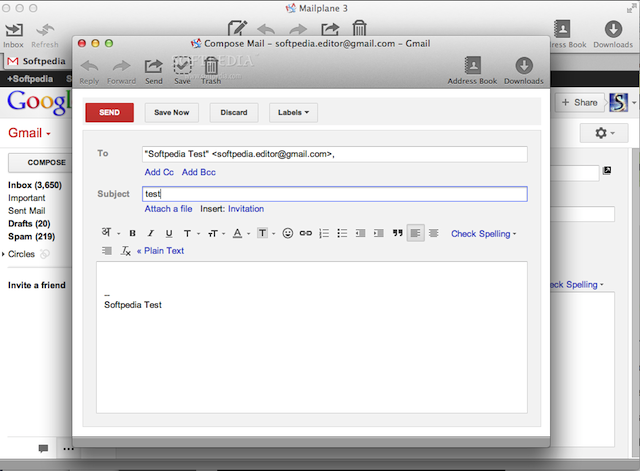 Mailplane 3 has officially been announced today, which brings a major update to the popular Mac OS X application for Gmail. Mailplane 3 is completely new, but based on the same core values of the original Mailplane that was originally released six years ago.

Mailplane 3 has been completely redesigned from the ground up. On top of the features of Mailplane 2, it now supports Gmail’s new compose mode, previews attachments in Quicklook, integrates with Mountain Lion’s Notification Center and looks amazing on Retina screens.

There are two new plugins with AwayFind and RightInBox. Both companies have given Mailplane users a 30% discount until May 15. You can now easily switch between accounts instantly and up to ten simultaneous accounts are supported. Mailplane 3 also integrates Google Calendar, so no calendar set-up is required. It features tabs to switch easily between accounts.

If you’re interested in getting Mailplane 3, you can purchase it directly from the Mailplane team. Right now there are no plans to sell Mailplane on the Mac App Store.

Previous customers are eligible for a 20% upgrade discount and all customers who bought it after October 1, 2012, will get the upgrade for free. All you have to do is download Mailplane 3 and go to ‘Mailplane 3 > License…’