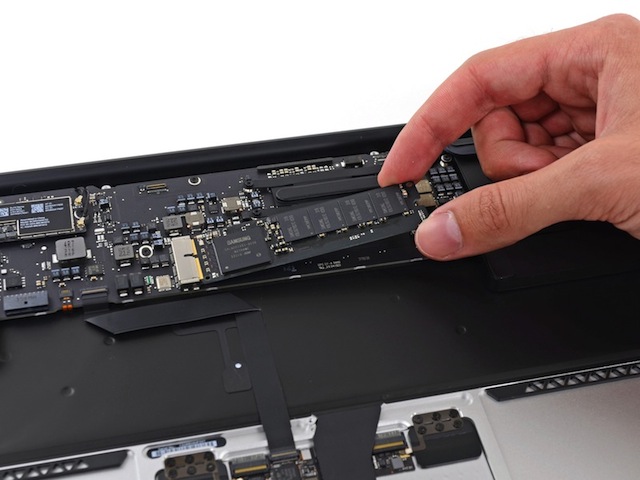 Apple released a new 13-inch MacBook Air at Monday’s WWDC and, like all other Apple products before it, it’s been through iFixit’s now traditional initiation process. iFixit’s teardown of the new machine reveals that Apple didn’t make any major changes but there are definitely a few worth mentioning.

iFixit’s team discovered that the PCIe-based SSD module from Samsung is smaller than the one in the previous model’s Toshiba SATA module. This also means that the drive isn’t compatible with earlier MacBook Air models. According to Apple, using PCIe connections instead of SATA will make them “up to 45% faster.”

Apple revealed that the refreshed 13-inch MacBook Air has significantly better battery life, lasting up to 12 hours. This is mostly thanks to the processors, but iFixit also found that the new Airs also hold batteries with increased capacity driven by higher voltages, going from a 7.3 V, 6700 mAh power battery to a 7.6 V 7150 mAh power battery.

The team also found a redesigned AirPort card that offers 802.11ac Wi-Fi and a new heat sink, as well as some minor changes to the layout of the internal components.