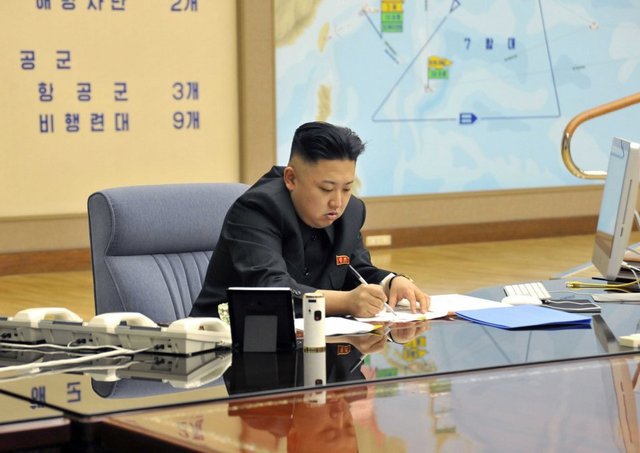 Apple may have just stumbled upon a perfect new spokesperson for the company’s advertising efforts. A recent picture that has made its way out of North Korea shows the country’s current leader, Kim Jong-un, using an iMac to help command his country.

The picture comes along with the announcement that the dictator has ordered North Korea to aim its missiles at the U.S. to prepare for a potential strike. It seems that Kim Jong-un has forgotten that America is where his sleek aluminum evil creating machine was conceived.

The picture shows that the leader’s iMac is an older 21-inch model, one that still has a disc drive. If all he wants is for Apple to send him a new iMac, this is not the way he should be going about it.

If North Korea ever does succeed in destroying the U.S., however, we now know that we have Apple to blame.