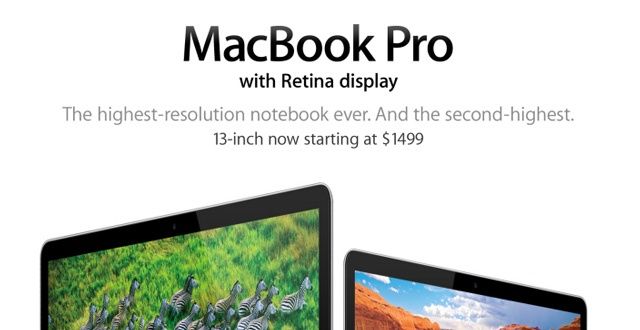 “The highest resolution notebook ever. And the second highest.” That was Apple’s slogan for their Retina MacBook Pro, until now, when Google’s recent Pixel Chromebook has forced this slogan to change.

While Apple’s retina MacBook Pros used to top all other laptops in terms of resolution, Google’s recently released Pixel has a resolution that bests it. The Pixel sports a 2560×1700 12.9-inch display for a pixel density of 239 ppi. This is compared to 227 ppi on Apple’s 13-inch Retina and 200ppi on the 15-inch Retina.

Apple used to prominently display the Retina MacBook Pro slogan whenever anyone visited the Mac page; however, considering that the statement is no longer true, Apple has decreased this slogan’s visibility.

While Apple hasn’t totally removed the image that features the slogan from the site, it has chosen another one to replace it as the main ad on the page. The new picture’s slogan says “High performance has never been so well defined.” Not quite as catchy as the old one, but it’ll do.

It’s unclear whether Apple intends to fully remove all traces of the old slogan off its site or if it plans to keep it as a less prominent ad.

Besides its display, the Pixel doesn’t hold a finger to Apple’s Retina Macbooks. If Apple wants, it can still change its slogan to “The highest resolution notebook ever that you actually want to buy. And the second highest.”