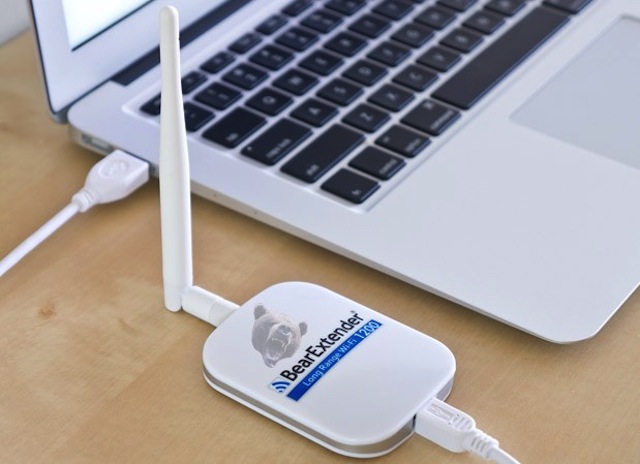 The BearExtender 1200 is a stronger version of the BearExtender, the version released before this one and adds up to 70% more power than the original, which was released in 2009. It’s a high-powered 1200mW receiver for long-range 2.4GHz 802.11n band. It also features an upgraded high gain 5 dBi antenna and new high sensitvity receiver.It’s available for preorder today and will officially ship on August 15.