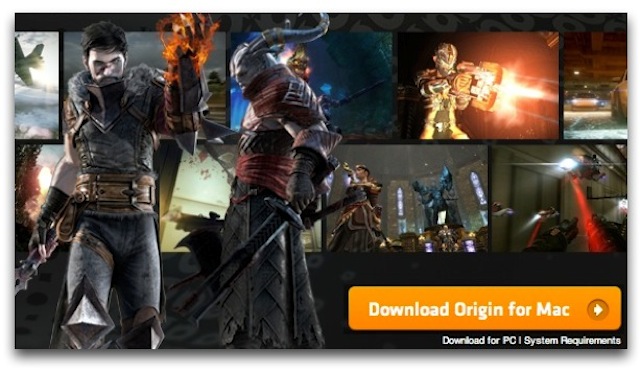 Back in August, EA announced that it would be bringing a Steam-like digital distribution platform to the Mac, and subsequently, it released a limited alpha version in January of 2013. Today EA has officially launched Origin for Mac, bringing some of the company’s biggest games to our favorite Apple computers so we can really get our nerd on. It’s about time too.

The launch of Origin on the Mac means that Apple users can now access big titles like The Sims 3, Dragon Age 2, Batman: Arkham City, and LEGO Harry Potter. Here’s what EA Origin Vice President of Production Mike Blank had to say:

“Origin is going to allow us to get games into the hands of our consumers as quickly as we can, to enable our gamers to connect with their friends and to enjoy their gaming experience as quickly and directly as possible.”

Origin for Mac will give users the ability to download cross-platform games on multiple machines, with purchases and in-game progress that will be saved to their accounts. “Part of the goal of Origin is to provide real value to our gamers. With key titles from The Sims franchise and its expansion packs, if you download it once, you can download it again across both platforms,” Blank explained.

When asked about the reason for bringing Origin to the Mac, Blank  pointed out that the  Mac is growing in user share faster than some actually realize. “The Mac’s gradually increasing market share, as well as a vocal community of Mac gamers, drove the decision.” Traditionally, developers have focused more on the PC platform, but Blank sees a new trend coming into effect and Origin “is the first step in a strategy you’re going to start seeing coming out of EA.”

Origin for Mac can be downloaded from EA’s website. It requires a Mac with an Intel Core 2 Duo processor running OS X 10.6.8 or higher.