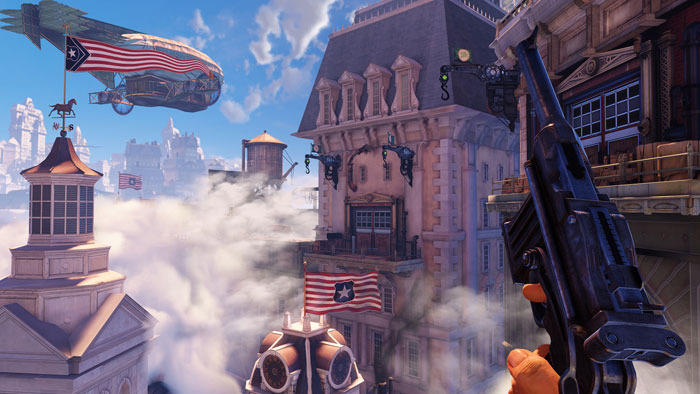 If next week’s release of Bioshock Infinite has got you down because you won’t be able to play it on your Mac, you won’t have to be sad for long. Aspyr Media announced today that it will be porting the game to Mac and that the game will be released sometime this summer.

“We are incredibly excited to bring the latest version of BioShock, one of the industry’s most critically acclaimed and beloved franchises, to the Mac.” said Michael Rogers, president of Aspyr Media. “We pride ourselves on bringing the very best in gaming to the Mac, and that’s exactly what Mac owners will get with Irrational Games’ masterfully-crafted BioShock Infinite.”

Aspyr is mainly known for having ported games over to the Mac such as Call of Duty: Black Ops, Call of Duty; 4 and recently Borderlands 2.

Bioshock Infinite comes out for PCs and consoles next Tuesday, March 26th and is expected to be highly praised. You can check out the reviews that start tonight at midnight to find out if it will be something worth your time.