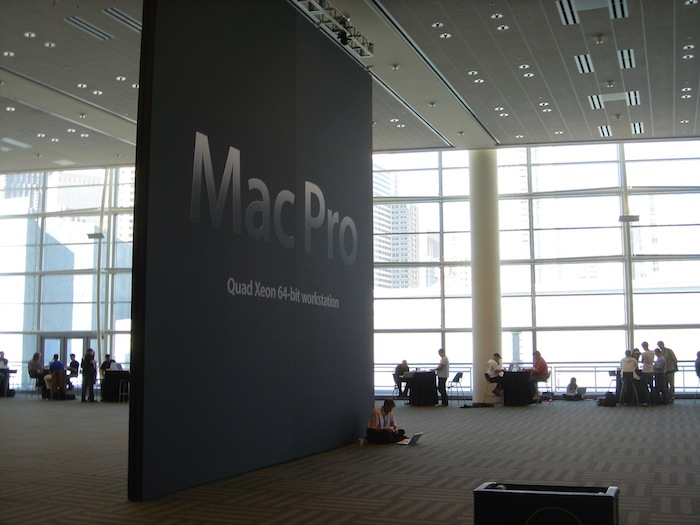 According to video professional Andrew Baird’s post on RedUser.net, the next Mac Pro will be “really different” when compared to the current-gen model. The fellow recently spoke with Mac Pro project manager Douglas Brooks about the machine “a couple of months ago.” This conversation apparently took place after Baird emailed Apple CEO Tim Cook his issues with the current model of the Mac Pro.

You are going to be really glad that you waited [to buy a new tower]. We are doing something really different here and I think you’re going to be very excited when you see what we’ve been up to. I can’t wait to show this off.

So, what will this “really different” Mac Pro offer? While no one is sure just yet, we’re almost certain that the desktop will offer updated SATA 3 connections and feature USB 3.0 and Thunderbolt IO out-of-the-box. Some have predicted that the computer will be heavily reliant on Thunderbolt and that internal expansion will be completely killed off. Though we doubt this, it would make for a “really different” Mac Pro.

This isn’t the first we’ve heard of a new Mac Pro over the past year. After Apple slightly bumped the Mac Pro specs in mid-2012, Tim Cook told a disappointed Apple fan that a new Mac Pro will be released in 2013.

The Mac Pro is Apple’s highest-end desktop computer that features a traditional tower-style design. Internally, the computer can sport up to a 12-core Intel Xenon processor and offers user-accessible PCI slots for graphics cards and other devices. This makes the computer perfect for video professionals and other people who rely on raw power in their daily workflow.