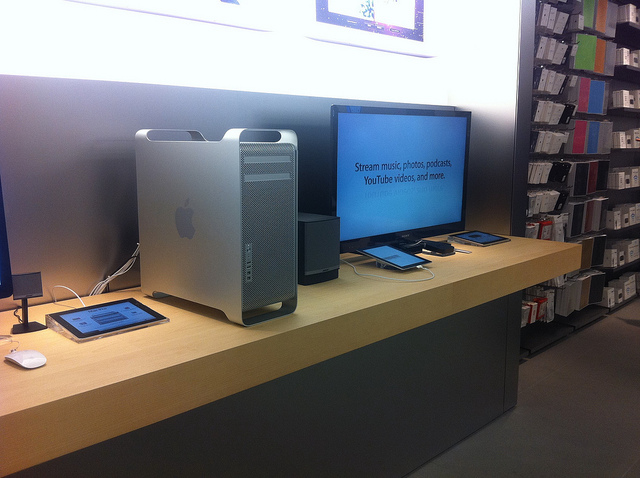 Apple has just been forced by the European Union to stop selling the current version of the Mac Pro in all European Union countries. Apple confirmed this to Loop Insight earlier today. The company will continue to ship new Mac Pro orders via its online store as well as at physical Apple Stores across Europe until February 18th. On March 1st, Apple will not be able to ship new computers to European resellers and these resellers will only be able to sell their remaining stock. The Mac Pro will continue to be available in all countries outside of Europe.

“Due to evolving regulatory requirements, Apple will stop selling Mac Pro in EU, EU candidate and EFTA countries on March 1, 2013. After that date, resellers can sell existing inventory but Apple will no longer ship Mac Pro in those countries.”

Apple was forced to stop selling the Mac Pro in Europe because it doesn’t meet Amendment 1 of regulation IEC 60950-1, Second Edition. The Mac Pro violates this amendment because the computer’s fans are unprotected and could possibly cut your finger if touched.

If you’re in Europe and are looking to purchase a Mac Pro after the March 1st deadline, don’t worry too much about the computer’s discontinuation. Apple CEO Tim Cook told users last year that Apple is working on something “really great” for Pro users and that it’s set for release sometime in 2013. We’re assuming that this “really great” product is a much-needed updated Mac Pro. Well, we’re also “hoping” it is too. Time will tell.